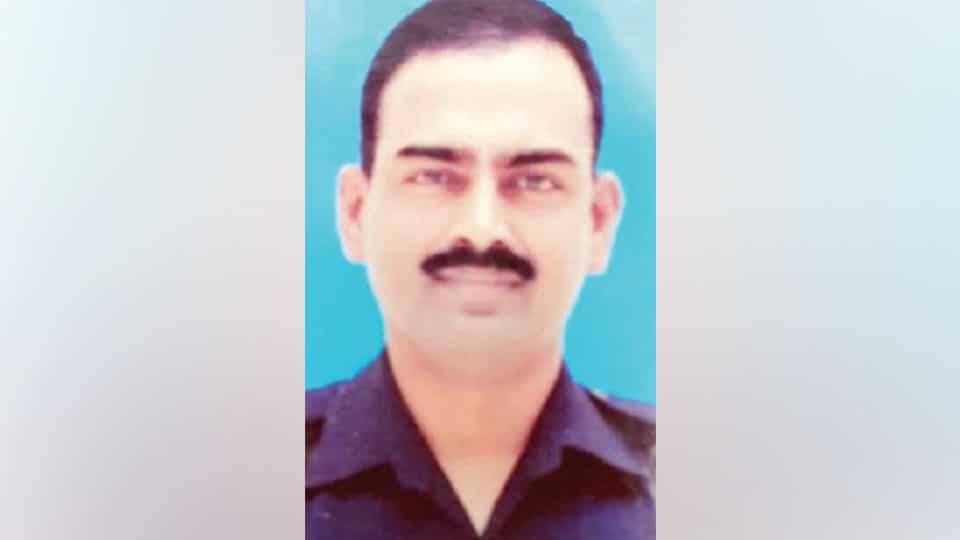 An ex-Serviceman, he had joined the force in city three days ago

Mysore/Mysuru: An ex-Serviceman, who had joined the Police Department three days ago after serving the Indian Army, has died of heart attack yesterday morning.

The deceased is Vasu (43), a resident of Raghavendranagar in city. He leaves behind his wife, one son and a host of relatives and friends.

Vasu, who complained of severe chest pain at about 7 am yesterday, was rushed to a nearby private hospital and was shifted to another private hospital for further treatment where he breathed his last at about 9 am, according to the Police.

Vasu, who had served the Indian Army, had joined as a Constable in the Police Department after undergoing a year-long basic training at Dharwad. He was deployed at Ashokapuram Police Station. Ashokapuram Inspector Prakash said that Vasu had reported to duty on Mar. 12 morning and worked only for two days. He suffered a heart attack on Sunday and breathed his last, the Inspector added.