Home » News » Police ‘Janaspandana’ cancelled as Police themselves fail to show up ! Police ‘Janaspandana’ cancelled as Police themselves fail to show up !

Mysuru: Janaspandana, the Public Contact programme called by the District Superintendent of Police at his office in Nazarbad yesterday was abruptly cancelled and left the people who had come with scores of complaints fuming.

About ten people from different taluks had come to attend the meeting and share their grievances with SP Ravi D. Channannavar. However, the SP had to leave on some urgent work to Talakad and no other official came to receive the people’s complaints in spite of waiting for more than half-an-hour. It was after some time that a Police official finally came, found out the problems and registered the complaints. Mallajamma, a resident of Sinduvalli in Kadakola taluk had filed a complaint against her neighbour,  who had allegedly encroached the road next to her farm that has left the people without a road to use.

The officials, responding to the complaint, had cleared the encroachment and even put up a signboard. But the signboard has been removed and the road encroached upon again, she stated in her complaint. 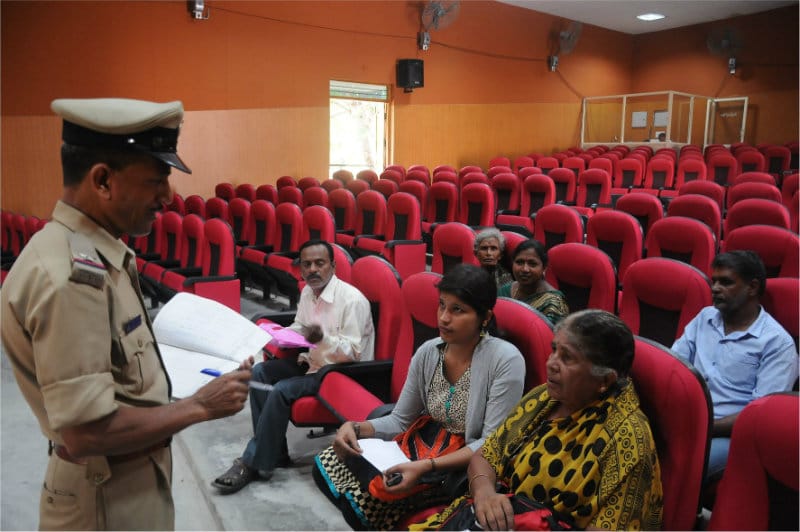 Mahadevamma, a resident of Hanogodu in Hunsur taluk registered a complaint that in spite of the court ordering that seven acres of land be returned to Beeregowda, his brothers Subbegowda, Nagegowda had not returned it.

A fan of SP Ravi D. Channannavar, who had come all the way from Belagavi to share his problems had to return disappointed as the SP was away.