Home » News » Police job is not a post, but a responsibility: City Top Cop 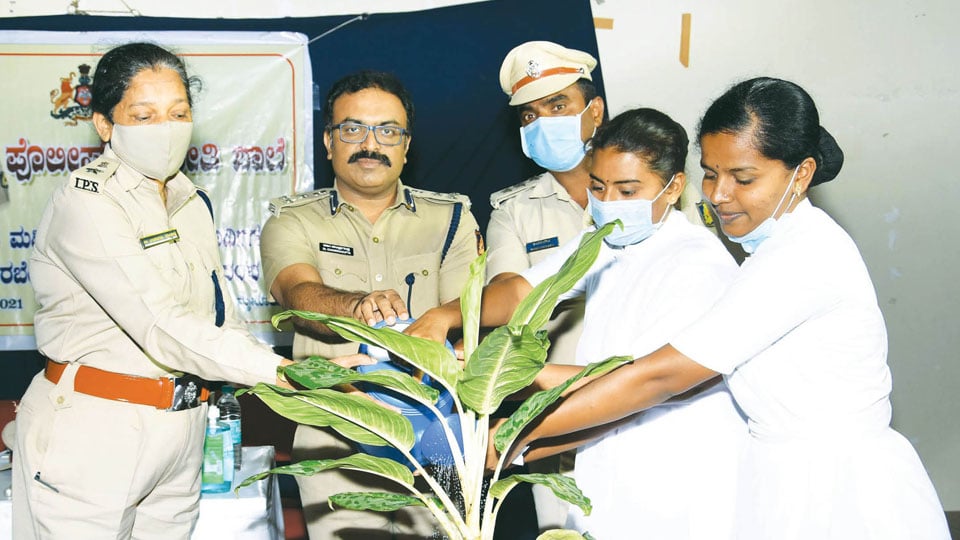 Police job is not a post, but a responsibility: City Top Cop

Mysore/Mysuru: Maintaining that a Police job is not merely a position but meant for the service of the society, City Police Commissioner Dr. Chandragupta said that the Police job comes with responsibilities.

He was speaking after inaugurating the Foundation Training for 7th batch of Women Police Constable recruits at the Police Training School (PTS) in Jyothinagar here yesterday.

Highlighting the duties and responsibilities of a Police personnel, he said it is important to note that more and more number of highly qualified candidates are joining Police force.

Pointing out that we are in an era of cut-throat competition, he said that we must believe ourselves in whatever useful work we do.

Calling upon the Police to give something to the society, rather than limiting themselves to doing Police job and taking care of their families, the City Top Cop said that it is the task of everyone in the Police Department right from the lowest cadre to the topmost post, to maintain peace, law and order in the society.

Stressing on the need for rendering justice to those who come with their complaints or grievances, Dr. Chandragupta said it is important for every  Cop to earn respect from society.

Asserting that a Cop should not get unnecessarily angry, he said that the discipline in the Police force does not permit the personnel to act in an undisciplined manner even during crisis.

PTS Principal Dr. Dharanidevi Malagatti, in her address, said that 116 newly-recruited Women Police Constables are in the 7th Batch of Foundation Training.

Barring seven of them who have minimum PUC qualification, all others are Degree and Post-Graduate degree holders, she said proudly. Also, most of the recruits are from rural areas, she added. PTS Vice-Principal Shankaregowda, Police Inspectors Gangadhar, Nagesh and Chandrakala and others were present on the occasion.