Home » News » Policy to practice: Officials draw up plan for a tobacco-free city 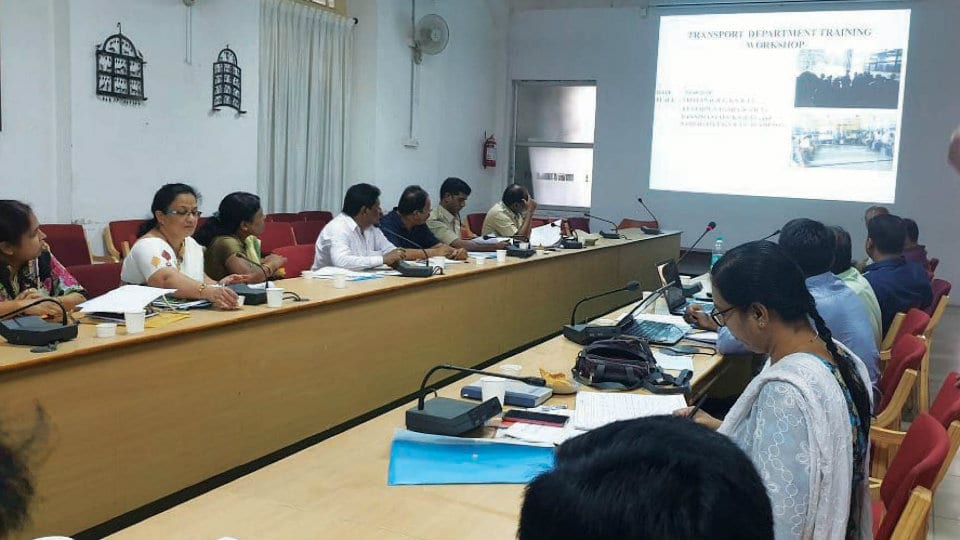 Policy to practice: Officials draw up plan for a tobacco-free city

Mysuru: The District Administration authorities will strive to make Mysuru a ‘tobacco-free city’ by ensuring compliance with Cigarettes and Other Tobacco Products Act (COTPA), 2003, enacted to reduce the use of tobacco products.

At a review meeting held in city recently, the authorities spelt out the measures taken to implement COTPA to ensure reduction in tobacco consumption. A press release stated that the District Administration has taken steps to increase compliance to the Act in the district to safeguard public health.

“We are planning and working towards making Mysuru a Tobacco-Free City where transport, education and public places will be compliant to COTPA. This would require the co-operation of all the departments like Municipality, Transport, Excise, Education, etc. who should actively participate in the enforcement of tobacco control laws. It is also necessary to submit reports on regular basis to DC office,” she added.

The Police Department, represented by Assistant Commissioner of Police C. Gopal said that his department was already taking action on those violating Section 4 of COTPA. Proactive steps have been taken by the Police to educate students and youth about the negative impact of tobacco and drugs.

MCC representative Jahanara Tabassum said that a circular has been issued to all restaurants and bars to remove any designated smoking zones in their limits in the interest of non-smokers. Mysuru has become second to Bengaluru in taking such a step in tobacco control.

“Also, we have instructed all traders to comply with tobacco control laws.  As per the direction of Municipal Administration Directorate, we would be compelled to cancel the trade licence of those who do not comply,” she added.

Authorities also discussed various steps that could be taken to make Mysuru tobacco-free. This included the removal of all forms of tobacco advertisements, making transport and public places free of tobacco products and enforcing the ban on sale of loose cigarettes and beedis.

It was also decided to ensure that there would be no sale of tobacco products within 100 yards of educational institutions and stress on the need to prominently display ‘No Smoking’ boards in public places, making education institutions, transport and public places completely tobacco-free, display of signage in all tobacco selling shops about not selling tobacco to minors, have Information and Police Department display system to create awareness about this among the tourists in the city, the release stated.

tobacco-free
Choice Based Credit System to be introduced in KSOU soon
Learning from history is important for administrative reforms: Yaduveer