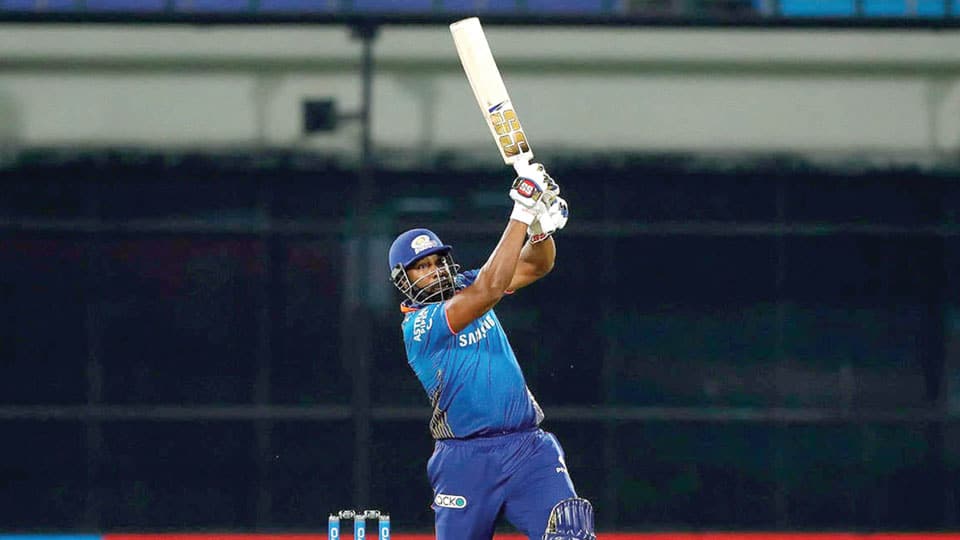 Kieron Pollard played a blinder (87* off 34) as Mumbai Indians (MI) beat table-toppers Chennai Super Kings (CSK) by 4 wickets in the thrilling 27th match of the IPL 2021, here on Saturday.

Apart from Rayudu, Moeen Ali (58) and Faf du Plessis (50) also smashed fifties and shared a 108-run stand for the second wicket, which laid the foundation for CSK’s big score.

Chasing a huge target, MI were off to a brisk start with Rohit Sharma (35) and Quinton de Kock (38) putting on 71 runs for the first wicket in just 7.1 overs.

However, wickets fell in quick succession during the middle overs to leave MI at 81 for three in the 10th over. But Pollard kept one end safe and added a threatening 81-run partnership with Krunal Pandya by hitting a barrage of sixes and fours.

Sam Curran then bowled a brilliant 17th over and dismissed Krunal Pandya (32) to bring CSK back into the match.

In the end, Pollard’s 34-ball 87 proved enough for Mumbai to reach the target on the final delivery of the contest.

This was the second highest run-chase in the IPL history.

Sam Curran (3/34) was the most successful bowler for CSK.