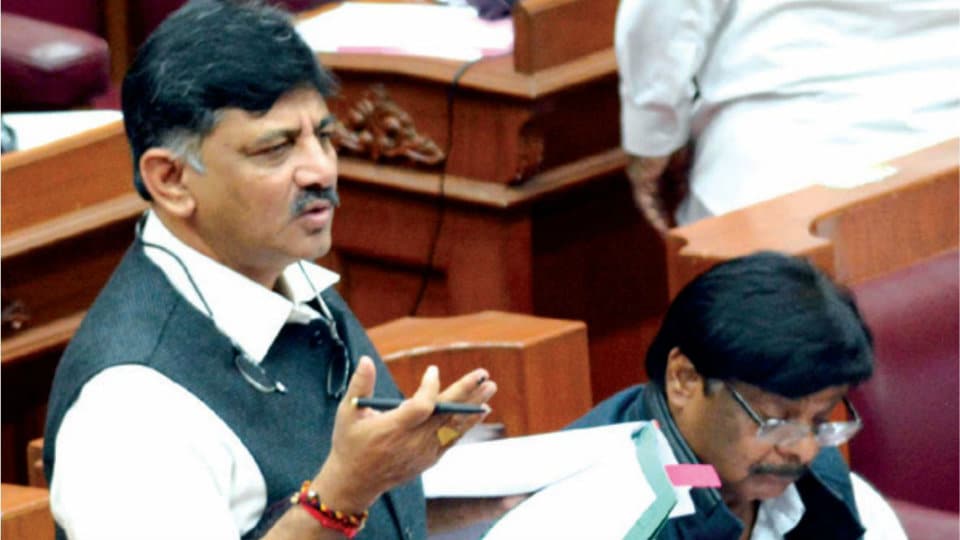 Belagavi: Energy Minister D.K. Shivakumar (DKS) has set a three-day deadline for officials to get the broken-down transformers repaired.

Replying to a question by MLC Kantharaju during the Question Hour in the Legislative Council here yesterday, Shivakumar warned of action against those officials who fail to get power transformers repaired within the deadline.

Pointing out that transformer repair Centres have been set up at 142 places across the State, the Minister said that the repair of each transformer costs Rs. 20,000 to Rs. 40,000.

Claiming Karnataka tops the list with 4,60,000 transformers, the Minister said that the Congress Government had earmarked Rs.11,000 crore for the power sector.

Asserting that this Department had taken all measures to supply power to the farmers, Shivakumar said that he has directed the officials to provide power connection to all applications on priority basis.

Clarifying that the Government has not dropped the plan, he said that the project has been delayed due to non-availability of coal block. “As the Central Government is expected to allot the mines within a few days, the State Government will go ahead with its plan,” he added.

The report says that payment of higher price, cancellation of tenders for washing coal and purchasing power from private producers and also the failure to utilise power from the central grid has led to a loss of over Rs.4,300 crore to the State exchequer between 2003-04 and 2013-14.

The report, which had generated much speculation about putting some BJP and JD(S) leaders, including former Power Minister Shobha Karandlaje of the BJP, in the dock, has however not indicted anybody. It has however recommended to the State Government to identify the persons responsible for the losses and initiate stringent action against them.

The report has highlighted an alleged link between the then BJP Government headed by B.S. Yeddyurappa which allegedly paid an additional Rs. 1,046 crore towards power purchase from JSW Energy Ltd., and the case of this company buying land from a real estate firm run by Yeddyurappa’s family members, at a higher price.