Home » Feature Articles » Pranayama is all about controlling emotions 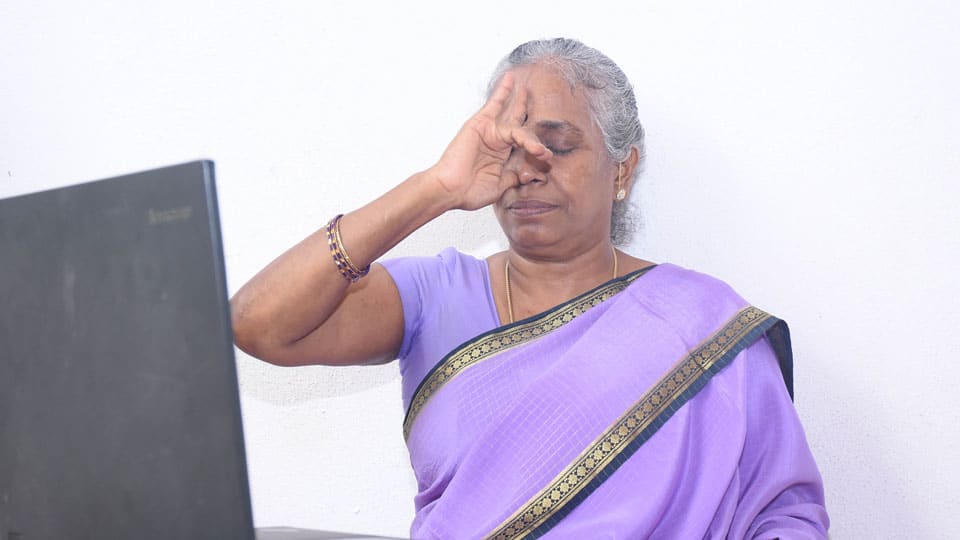 Pranayama is all about controlling emotions

Pranayama is an old practice of Yoga, focusing on breathing. ‘Prana’ means vital life force and ‘Aayama’ means extension. The practice of Pranayama is increasing among people living in cities as it has been proved that it can cure many diseases.

Popular Scientific Pranayama Practitioner and Psychologist Dr. Devaki Madhav has come up with a 1,108 page book, ‘Science Of Pranayama’ which is set to be a world record and Prime Minister Narendra Modi is likely to release it on June 5, 2022.

Dr. Devaki Madhav is a well-known personality in Mysuru who has taken the practice of Pranayama to international level. Practicing Pranayama saved the lives of 330 COVID patients and has helped them recover. She also claimed that Pranayama helps cure breast cancer.

Dr. Devaki Madhav has conducted 11 scientific Pranayama camps in the US in 2019,  250 hours of Pranayama in Haridwar with Baba Ramdev at his Patanjali Ashram in 2016. She has been practicing Pranayama since 2006 and her aim is to spread awareness of the benefits of Pranayama. Notably, the tragic death of her brother drew Devaki into yoga.

Sharing about her book with Star of Mysore,  Dr. Devaki said that Pranayama has the power to cure any disease that is quite challenging for medical science.

“Firstly breathing is not just an exercise, it’s a technique which connects an individual to his/her positive emotions which can be felt while practicing Pranayama. Even scriptures explain about controlling our mind, heart and emotions through breathing. Inhaling positive energies and exhaling negative energy is Pranayama. ‘Prana’ is responsible for all life functions and is rooted in the presence of consciousness behind the body and mind. We have to transform the activity of the body, breath and senses. Asanas transform the body along with the breath,” she said.

“I lost my elder brother due to a lung infection and I have seen him suffer. He was interested in practicing Yoga and he always believed Pranayama could cure. Unfortunately he passed away before he could start Yoga practice. Even my mother was 90 and was suffering from Asthma for 45 years.  When I joined the Yoga camp for the first time in 2006, Sudarshan was my guru who taught me basic Pranayama. After experiencing a positive change in my body, I decided to continue on the path,” she noted.

The 1,108-page book “Science of Pranayama” is set to be a world record as no one has written a similar book before. Dr. Devaki  is still working on the book and it will be released on June 5, 2022 in Houston, Texas. The Rotary International Convention will be held from June 5 to 8 in Houston University and a Global Yoga Summit will be held as part of it and the book is scheduled to be released through the Ministry of External Affairs.

Impressed by Modi and the way he encourages Yoga, Dr. Devaki Madhav wants Prime Minister Narendra Modi to release the book ‘Science of Pranayama’ in India. A request has been sent to the PMO, Devaki said.

Born and brought up in Mysuru, Devaki Madhav completed schooling from Sarada Vilas High School. Later she completed MA Psychology and did a Ph.D in Yoga. She served as Principal of Ganabharathi School of Music and Dance from 2007 and has conducted over 1,000 scientific yoga camps across the world.  More than 20,000 students all over the world are practicing Scientific Pranayama under her guidance.