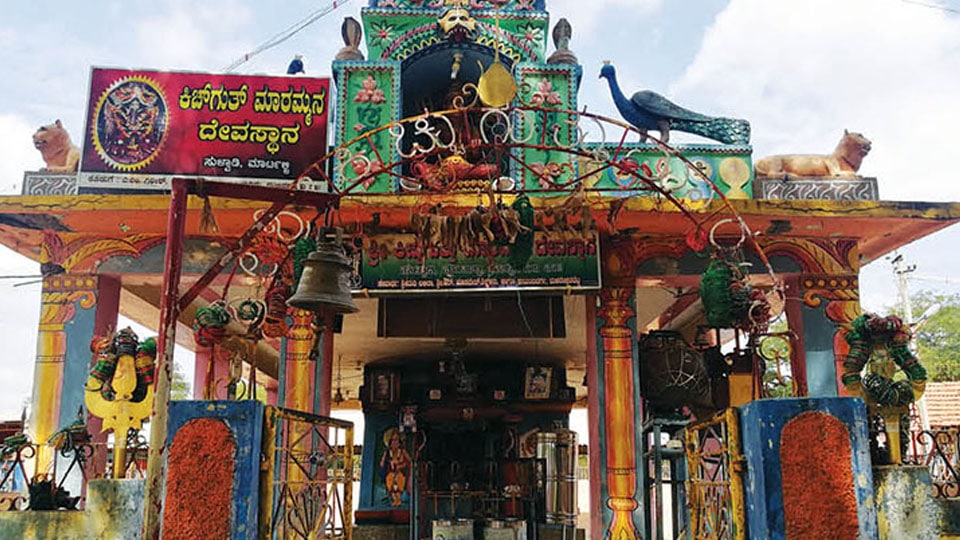 Chamarajanagar:  The Chamarajanagar District Court today posted the next hearing in the Sulwadi Temple prasadam poisoning case, in which 17 people lost their lives, to Feb.12.

Principal District and Sessions Judge G. Basavaraja conducted hearing through video-conference from Mysuru Central Jail, where all the four accused — Immadi Mahadevaswamy, Ambika, Madesha and Doddaiah — have been lodged since their arrest in the case in December last.

The Judge also heard the bail plea of prime accused Immadi Mahadevaswamy, whose bail plea has been filed by three Ponnampet-based advocates Appanna, Sudhish and Lohit, who were not present this morning.

As Public Prosecutor Lolakshi sought time for filing objections, the Judge allowed the prosecution to file objection before Feb. 5 and adjourned the next hearing to Feb.12, while extending the Judicial custody of  the four accused.