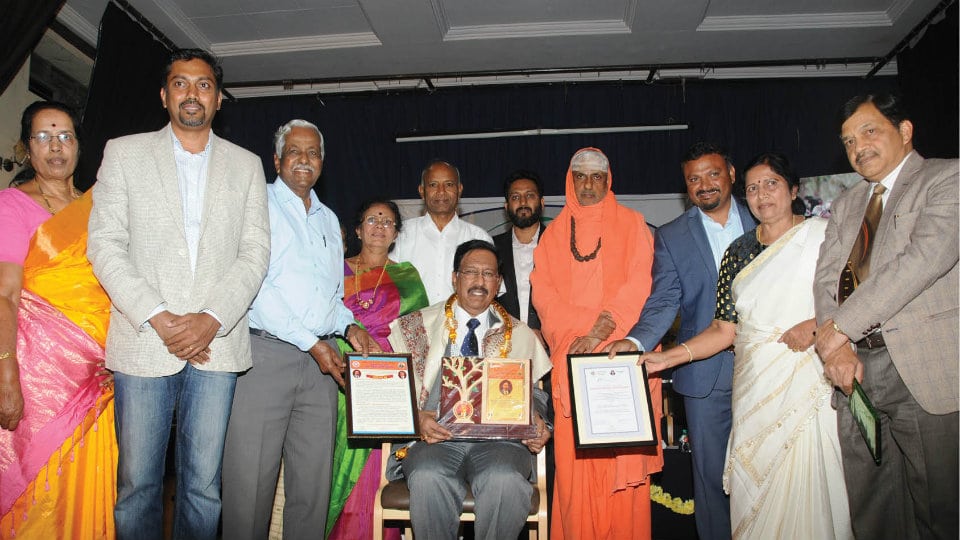 Speaking after receiving the award, Dr. Ramana Rao stressed on the need for young doctors to serve in rural areas and thus enhance their professional skills.

Noting that treating poor patients from rural areas will give greater scope for young doctors to hone their skills and methodology of treatment, he underlined the need for doctors to serve in rural areas as much time as possible.

Stating that he established Grameena Aushadhalaya at T. Begur 44 years ago and has continued to treat poor patients from rural communities, he said that this award will make him more responsible towards the weaker sections of the society.

Regretting that many rural areas of the country have been deprived of medical facilities, he reiterated that young doctors should shape their careers by serving in rural areas.

Maintaining that he did not have much knowledge about the services of Dr. C.N. Mruthyunjayappa (CNM) until he received the award instituted in his (CNM) name, Dr. Ramana Rao wondered whether there were doctors of his (CNM) kind even in this era.

Former Minister C.H. Vijayanshankar, in his address, recalled the invaluable services rendered by C.N. Mruthyunjayappa as a doctor. Opining that more awards be given in Dr. C.N. Mruthyunjayappa’s name to achievers from different fields, apart from medical profession, Vijayanshankar said that Dr.CNM was a multi-talented personality who always thought of serving the poor through medical services, education and environment conservation. He also recalled that Dr. CNM couple had sought votes on his behalf in H.D. Kote Assembly segment when he contested the 2004 Lok Sabha elections from Mysuru seat as the BJP candidate.