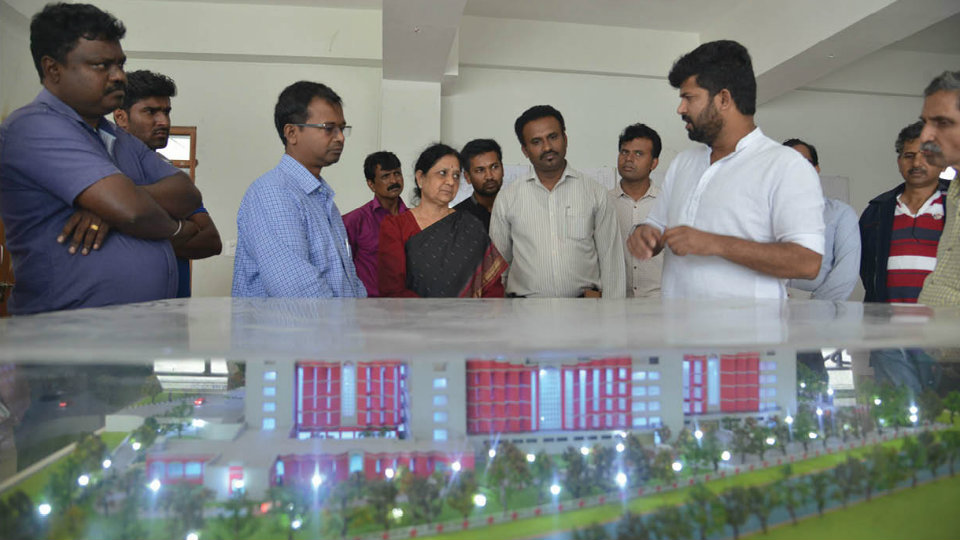 Seeing the slow pace of the work which began in 2014 after the Union Minister for Health and Family Welfare Dr. Harshavardhan had laid the foundation stone, he asked the Central Public Works Department officials (who are entrusted with the work) to speed up and see that it is completed by the end of the year at least.

He asked the officials of AIISH to consider the hostel facility in the new building for patients who come to the Institute for treatment. If they include it in the plan, he assured them that he would get the proposal approved.

Speaking to press persons, he said that PM Modi was very keen that all works taken up by the Centre all over the country must be completed before December and this included the Centre of Excellence and a project going on in Bharatiya Note Mudran Limited in city.