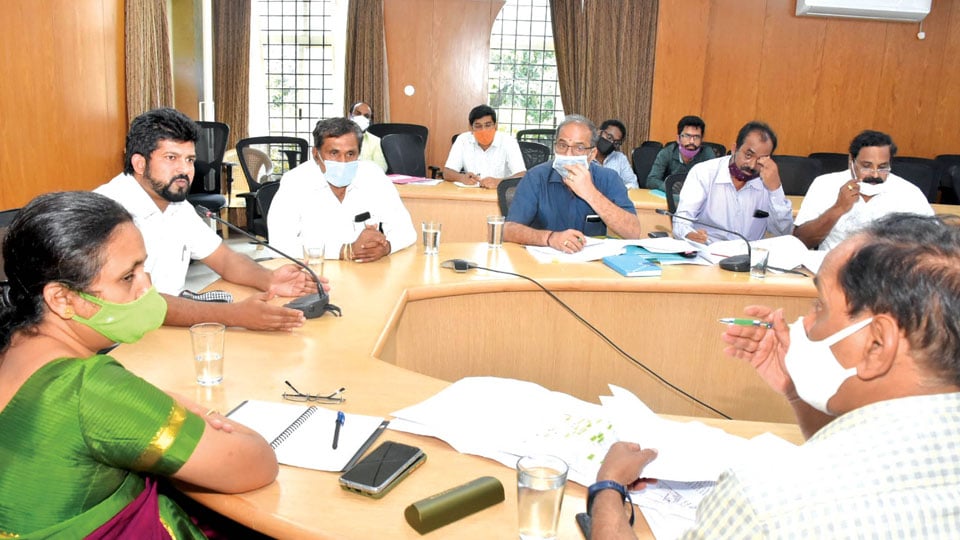 Mysore/Mysuru: Mysuru-Kodagu MP Pratap Simha has asked officials of Mysuru Zilla Panchayat and Karnataka Urban Water Supply and Sewerage Board (KUWS&SB) to submit a proposal within a week on supplying drinking water to villages in Periyapatna, Hunsur and Chamundeshwari Assembly segments through river source.

Chairing a meeting to review the progress of ‘Jal Jeevan Mission,’ a Central Government sponsored scheme in the district here on Tuesday, he said it was possible to bring water from PeriyapatnaHadya to the town. But they need to prepare a suitable proposal to supply at least 11 MLD of water.

Engineers of ZP and KUWS&SB informed the MP that with this scheme, it was possible to supply water to nearly 60 villages on both sides of the pipeline. Agreeing to this, he asked them to prepare proposal accordingly.

Officials also placed before the meeting a Rs. 200 crore project to supply drinking water to 224 villages in Periyapatna taluk from Muttinamulasoge village. The MP promised to get the project sanctioned from the State Government.

Simha opined that it was possible to provide water to additional 20 villages by upgrading Multi-Village Drinking Water scheme which has been originally designed to supply water to 51 villages in Yelwalof  Mysuru district.

Land acquisition was in progress for Old Unduwadi scheme and technical bid has been opened. Those qualified in this will be allowed to participate in financial bid.

He said motor-fixing work was complete in Belagola-Melapura Pumping Station, and the company officials are visiting soon to set right technical problems.

READ ALSO  Pass in 8th standard not mandatory to get DL

Already, an undertaking has been filed in Green Bench of the Supreme Court, he added.