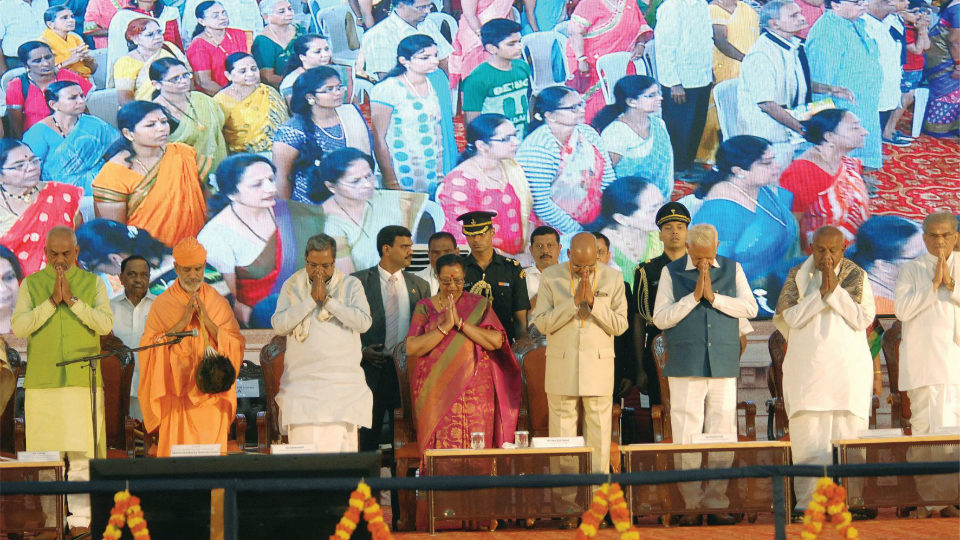 Hassan: The 20-day 88th Mahamastakabhisheka (head anointing ceremony) of the 57-feet monolithic statue of Lord Bahubali began at Shravanabelagola this morning amidst fanfare.

A festive atmosphere prevailed in the Jain pilgrimage town where hundreds of men and women danced along the streets holding colourful flags, beating cymbals and jaagates and blowing conches. There were several bands where performers beat the traditional nagaris and people around danced to the beats.

President Ram Nath Kovind inaugurated the event, held once in 12 years. A huge stage was set up especially for the inaugural event on the outskirts of the town. The Mahamastakabhisheka of the idol will begin from Feb. 17 and continue till Feb. 25. Such is the rush to offer Kalashas for the abhisheka that authorities have extended offerings till June to accommodate all devotees.

President Kovind inaugurated the event at Chavundaraya Sabhamantapa by unveiling miniature statue of Lord Bahubali that is made of gold and later lit the ceremonial lamp along with Governor Vajubhai Rudabhai Vala to signal the inauguration of the event. A host of Digambara  and Shwethambara Munis were also present on the dais and the President greeted all of them.

It is the fourth Mahamastakabhisheka that is being held under the leadership of Charukeerthi Bhattaraka Swamiji. In his inaugural address, the Swamiji thanked CM Siddharamaiah for sanctioning Rs. 264 crore for the Mahamastakabhisheka. He also thanked Deve Gowda for providing rail connectivity to Hassan and Shravanabelagola.

READ ALSO  CM says he is committed to Kannada development 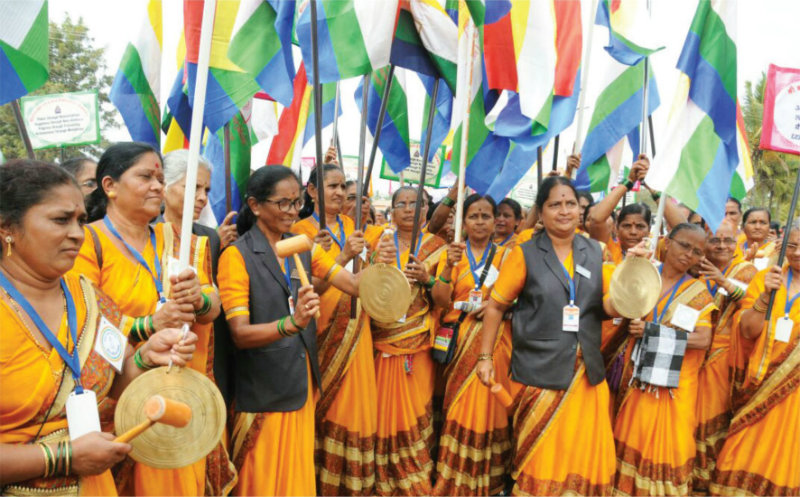 In his address, CM Siddharamaiah welcomed lakhs of devotees who will arrive at Shravanabelagola. “It is my good luck that I am participating at this festival. Many religions including Jainism have eradicated ills of the society. Irrespective of religions we must remember that we are human beings,” he said.

Governor Vajubhai Rudabhai Vala called upon people to adopt the preaching of Lord Bahubali who is a symbol of renunciation. “We need to practice what we preach. Humanity cannot progress unless we follow great saints and sadhus,” he added.

Beginning his speech in Kannada amidst thunderous applause, President Ram Nath Kovind said Lord Bahubali was the symbol of ahimsa and sacrifice. “Karnataka has the magical pull and this is my third visit to this State after becoming President six months back,” he said.

“Bahubali’s sacrifice is for the entire humanity and we all have to follow his principles for the betterment of the society. Jain Seers are carrying on the principles of Ahimsa even now. They are propagating, preaching and practicing Jain gems – Samyak Darshan (right faith), Samyak Gyan (right knowledge) and Samyak Charitra (right conduct),” the President said. 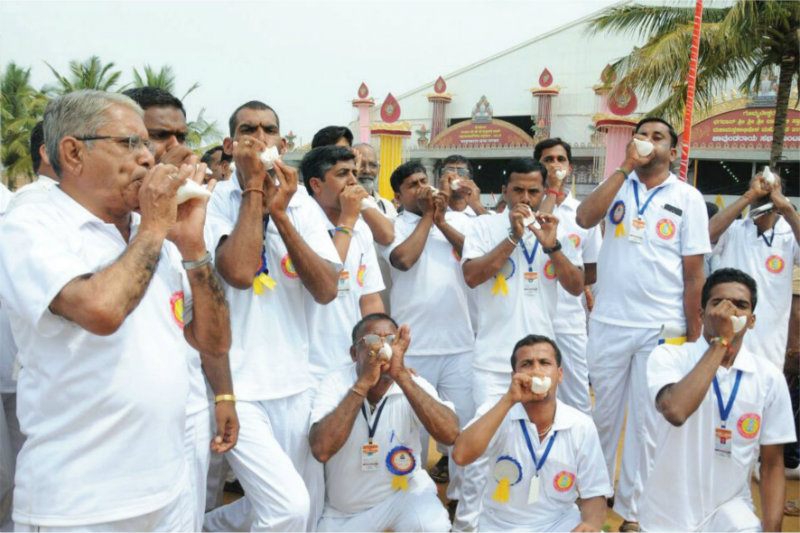 The rituals, which begins with the Pancha Kalyana Mahotsava tomorrow (Feb.8), is in five stages that signifies the five phases in the life of Bahubali, who renounced his kingdom and attained nirvana. Hundreds of tyagis, who have come from different parts of the country, will conduct the rituals.

From Feb. 12 to 15, Pancha Parameshthi Aradhana will be held. A grand procession has been scheduled for February 16. The next day, the anointing ceremony begins atop Vindhyagiri. The ceremony includes holy bath of the Gommateshwara statue with water, coconut water, turmeric paste, vermilion powder, sugarcane juice, milk, sandal paste and flowers. On the first day, 108 Kalashas (holy vessels) will be used, while on the remaining days, abhisheka includes 1,008 Kalashas each.

READ ALSO  State is against Cauvery Management Board: CM

As many as  11 satellite towns have been set up to temporarily accommodate the tyagis/matajis, visitors,

Special drinking water and power supply arrangements too have been made for all those who will stay in Shravanabelagola for the duration of the ceremony.

Around 5,500 Police personnel have been deployed and bike-borne police will keep a constant watch on the people.

A 12-member core team will provide security to the Mahamastakabhisheka head and a contingent of the mounted Police from Mysuru besides an Anti-Terrorist squad will be on call at the venue.

In addition, “Agni,” a motorbike squad, equipped with Mist Technology Fire Extinguishers will traverse the town 24×7.