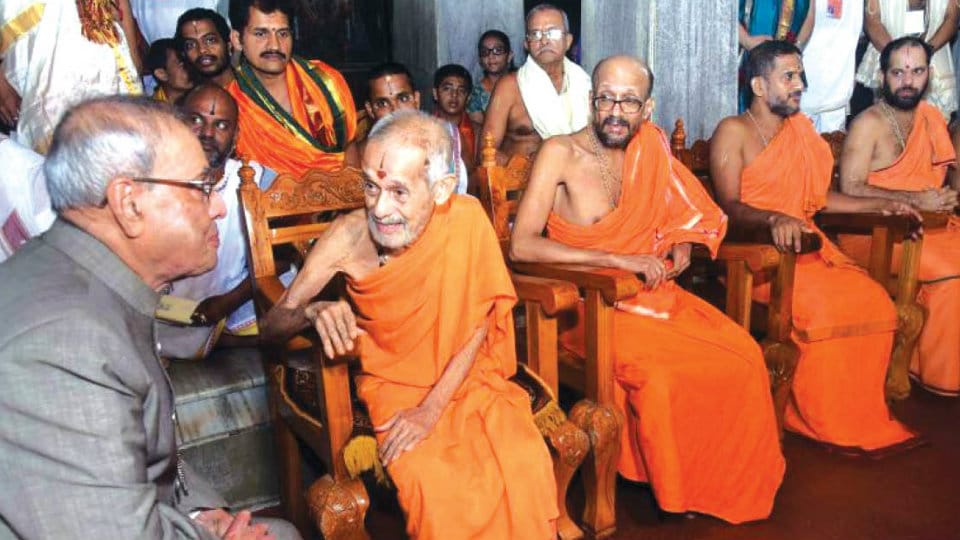 On his visit to the temple, he was received by District in-Charge Minister Pramod Madhwaraj and Udupi City Municipal Council President Meenakshi Madhava Bannanje and Udupi DC Priyanka Mary Francis.

After seeking the blessings of Lord Krishna, he met the Paryaya Pejwar Mutt Seer Sri Vishwesha Theertha Swamiji and received the Temple honours.