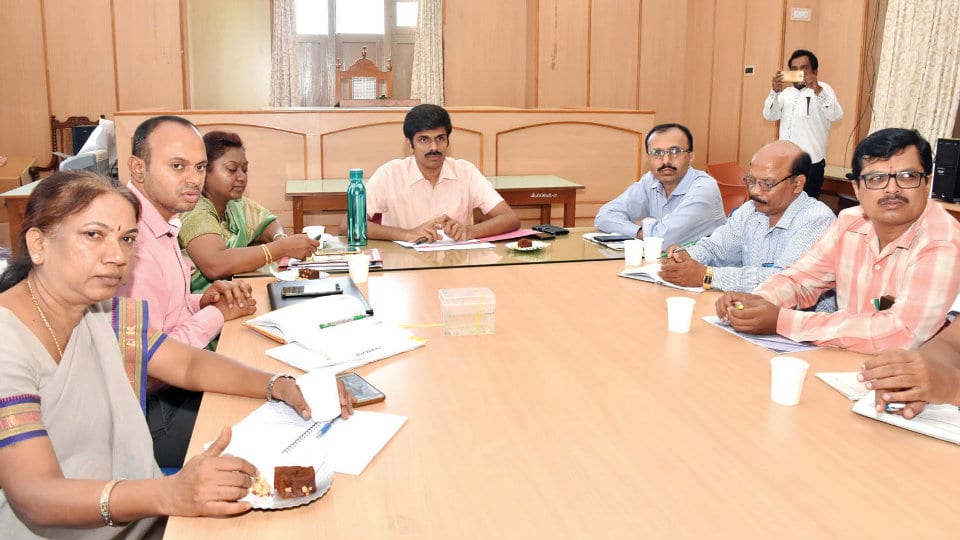 Mysuru: With monsoon likely to enter the State shortly and a threat of outbreak of an epidemic looming large, an Inter-Departmental Co-ordination Committee meeting was chaired by Deputy Commissioner (DC) Abhiram G. Sankar at his office on Monday.

The meeting focussed mainly on steps taken to prevent outbreak and spread of contagious diseases.

Abhiram Sankar asked all Departments to focus on providing potable water and maintenance of cleanliness. He advised officers to ensure that stagnation of rain water was prevented to thwart breeding of mosquitoes, the main carriers of diseases. He stressed the importance of proper and regular processing of solid waste to prevent accumulation of waste materials.

Briefing the meeting, District Surveillance Officer Dr. Kusuma revealed that 93 cases of H1N1, 21 cases of Viral Hepatitis and 754 cases of Typhoid were detected in 2018 and 123, 18 and 559 respectively as of April 2019. She added that adequate steps have been taken to prevent spread of any disease.

Vector-borne Diseases Control Officer Dr. Chidambara said that steps have been taken to prevent stagnation of water and added that cleanliness has been given top priority in all areas.

Officials of MCC, MUDA, Department of Health and Family Welfare, PWD and other Departments attended the meeting.