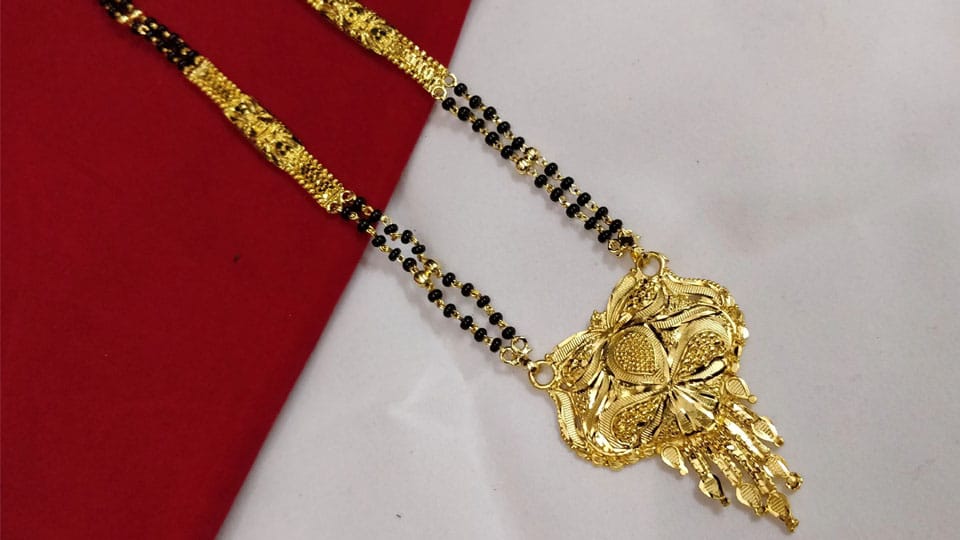 Priest cons woman in the guise of performing puja

Mysuru: A priest, in the pretext of performing puja to ward off evil that was lurking on her husband, took her 60 grams gold chain to perform the puja and returned a fake gold chain to her at Ramakrishnanagar in city.

The woman, who was conned by the priest is Indira, a teacher at a private school in Raichur and a resident of Nanjangud.

On Dec.15, Indira had come to a private hospital in city as her children were suffering from illness during which a person at the hospital asked her to visit Ganesha Temple at Ramakrishnanagar E&F Block and perform puja.

Following the stranger’s advice, Indira went to the temple and performed puja during which Priest Phanish told her that evil eyes had fallen on her children and told her that he would perform puja which would cost her Rs.2,000 to Rs.3,000.

When the priest took her gold mangalya chain, he told her that evil eyes had also fallen on her mangalya which may result in danger to her family especially her husband and advised her to perform a homa to her mangalya.

The priest then took her gold mangalya chain weighing 60 grams and while performing the homa, he allegedly put the fake gold mangalya in a box, performed puja to it and gave the box to Indra asking her not to open the box till a month, failing which her family would be in danger.

India, who returned home, opened the box after three days and found the fake mangalya chain instead of the original gold mangalya chain and came to know that she has been conned.

Priest Phanish has gone absconding and the Police have launched a hunt to nab him, said Kuvempunagar Inspector Raju.