Home » News » Primary education must be in mother-tongue: Dr. Bhyrappa 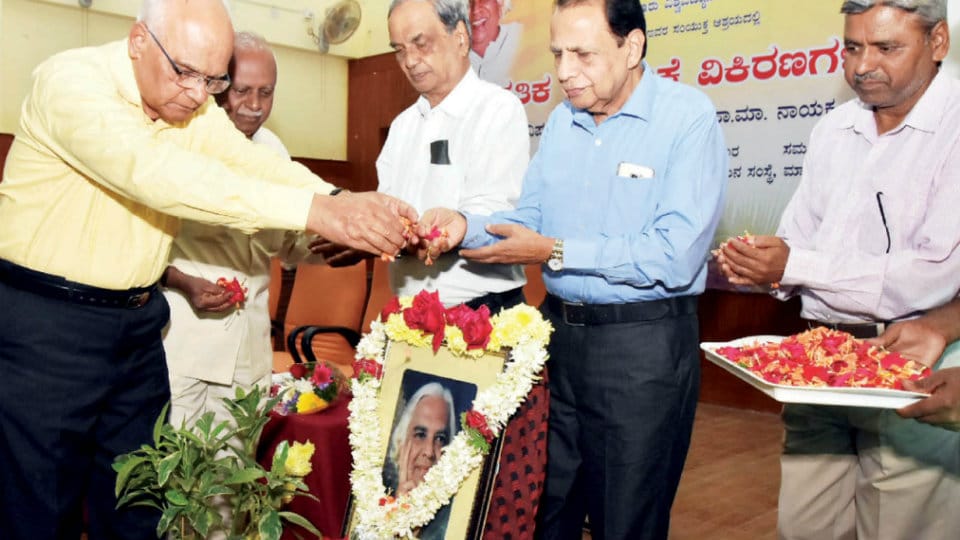 Primary education must be in mother-tongue: Dr. Bhyrappa

He was speaking after presiding over Ha.Ma. Nayak Memorial Lecture jointly organised by Ha. Ma. Nayak Foundation and Kuvempu Institute of Kannada Studies (KIKS) at B.M.Shri Auditorium in Manasagangothri here on Monday.

Noting that the previous Government started English medium in thousand Government Schools of the State, he observed that having primary education in Kannada will help the children to understand scientific and technical words and concepts much better.

Former Baba Atomic Research Centre (BARC) Director (Health and Safety) Dr. D.V. Gopinath, who delivered a talk on ‘The contribution of X-rays to global society’, recalled the role of Marie Curie and her family in the discovery of X-rays over 120 years ago and how useful X-rays have been to the society. He further said that X-rays played a crucial role in the decoding of DNA structure.