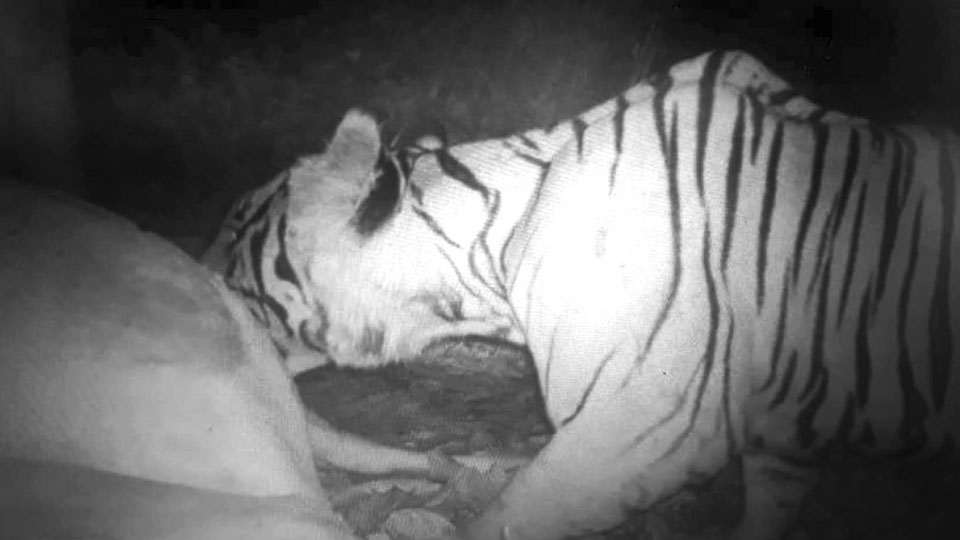 Priority is to capture, not to kill, says Nagarahole Tiger Reserve Director

Ponnampet: The Forest Department is following the Standard Operating Procedure (SOP) issued by the National Tiger Conservation Authority (NTCA) in tracking and capturing the tiger on the prowl in South Kodagu.

Speaking to Star of Mysore this morning, Nagarahole Tiger Reserve Director D. Mahesh Kumar said that the guidelines are being followed and the first priority for the Department was to capture the big cat. “Our priority is to capture the animal as per the NTCA guidelines and we have shoot-at-sight orders and only if the situation goes out of hand, we will resort to kill it,” he said.

The State Government had officially appointed sharpshooters from Bengaluru G. Susheel Kumar and Tyag Uthappa and no private sharp-shooter has been engaged in the operation, he clarified.“Now only Susheel Kumar has returned. We have Tyag Uthappa and over 150 personnel. Regarding the guns to be used in the operation, we are not authorised to mention the make and bore size. But we are sticking to the guidelines,” he added.

What the NTCA guidelines say?

As per the guidelines issued by the NTCA, State Forest Departments are barred from engaging a private shooter to kill a tiger for which shoot orders have been issued. Also, in the revised guidelines issued on Nov. 11, 2020, the NTCA has removed the restriction on the bore size of the gun — ‘not below .375 magnum’ — to be used to kill the animal.

Earlier, the SOP dealing with the procedure to shoot the animal read, “After declaring the man-eater, its elimination should be done by a Departmental personnel having the desired proficiency while providing the firearm with the appropriate bore size not below .375 magnum. In case, such expertise is not available within the Department, an expert may be co-opted from the other State Governments or outside with due authorisation.”

The revised text says: “After declaring the animal as dangerous to human life, its elimination should be done by Departmental personnel having the desired proficiency while providing the firearm with the appropriate bore size. In case such expertise is not available within the Department, an expert may be co-opted from the other competent Government Department.”