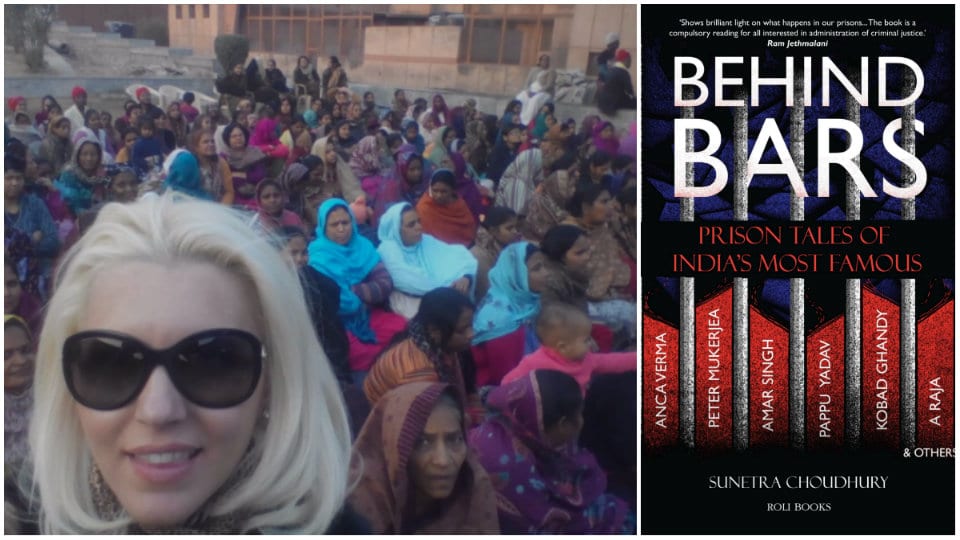 This reminds me of the book I read recently. A good book, a scary book and a heart-breaking book of prison tales.  The book titled “Behind Bars: Prison Tales of India’s Most Famous” written by NDTV journalist Sunetra Choudhury is worth a read.

Interestingly, what prompted her to write this book was when she saw a photograph of Anca Neacsu Verma, wife of arms dealer Abhishek Verma, wearing Louis Vuitton, the expensive designer fashion line, in Tihar Jail! The book gives us a glimpse into the lives of high profile Tihar inmates such as Peter Mukerjea, Amar Singh and A. Raja among others.

The very first subject is Amar Singh, who was accused of paying off BJP MPs during Indo-US nuclear deal.  Amar Singh was in jail for just four days and of his arrest he says, “I went to jail and all the sentries started saluting me not realising that I was a prisoner!”

But he says he was not treated special pointing out, “I was given a small chatai with no pillow. I was given a bucket of water with a mug. So if I had to drink water, I had to drink from that and if I had to shit, I would have to wash my vitals parts using that mug.”  Four days later Amar Singh was moved to AIIMS where he stayed till he got bail.

Then there is Anca, who along with her husband, was booked for bribery and money laundering in an arms deal case. It seems, she was asked to strip naked before she was checked into Tihar and when they tried to do the same to her husband he refused stating, “The rule book makes it clear that one should only be stripped if the security buzzer goes off” — they didn’t strip him. 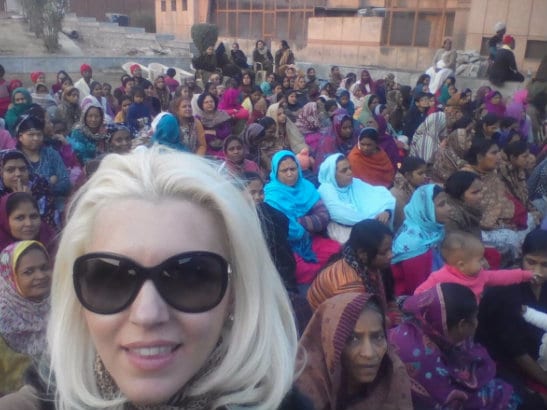 Anca learnt well from her husband and that’s how she got to wear designer clothes. She used Chapter 6, para 31 of the Jail Manual that stated, “A civil person shall be permitted to maintain himself and to purchase or receive from private sources food, clothing, bedding or other necessaries, but subject to examination and approval by the Inspector General.”  So she got approval to remain a fashionista in Tihar!

It seems the only item of fashion that was taken away from her after two years were her stilettos as it was deemed dangerous after an altercation with another jail inmate!

Anca used the Jail Manual well and wrote letter after letter to get what she wanted. Finally, she ended up with a cell 8 feet by 10 feet with an LCD TV, an electric hairbrush and a private western commode among other things. She also had maids to run errands. Now she is out and spends her days enjoying spa treatments.

Then there is A. Raja of 2G scam, who was so cool that when he sat for the medical examination that is part of the process during an arrest, it was the CBI Investigating Officer Rajesh Chahal who was sweating. Raja says, “The doctor was taking my blood pressure which was perfectly normal. Chahal looked bothered and asked if the doctor could also check him. It turned out that his was as high as 180/120. I was joking with him — Who’s the crook here?”

Even though Raja did not have a cell with air- conditioner he spent the whole day in the Superintendent’s Office which had an AC. If everyone were woken up at 5 am for 6.30 am breakfast, Raja would have an Orderly come wake him up later and fetch whatever he wanted for breakfast.  He also got home-cooked food and was allowed to enjoy meals with his family in the court complex where he went almost everyday!

He even recalls how one of his friends in jail told him, “Sir, even in jail you are a Minister!”

Unfortunately, Sunetra says she was unable to interview Subrata Roy for the book as he said he himself was penning his memoirs. But she says that Subrata Roy is the first person in the history of Tihar Jail to have comforts of air-conditioner, access to a huge conference room with video- conferencing, internet, mobile etc! And the Court approved most of it!

At the end of the book, what remains with the reader is the harsh realities of Indian justice system, which remains inhumane and faceless and hence unaccountable. There are stories of how lawyers, Police and media come together to delay and distort cases with no fear of consequences. And Peter Mukerjea gives an apt anecdote: When Pandit Nehru came home he saw his father Motilal Nehru sitting with his friends. Young Nehru proudly proclaimed in front of them that he had won a case for his client in just 6 months. He thought his father would be proud. But Motilal took Nehru to the side and told him, “I put you through 5 years of law school ‘while fighting’ a case for a client. So completing a case in 6 months is nothing to be proud of! You won’t survive as a lawyer for long if you complete your cases so quickly.”

No wonder our justice is delayed and ultimately denied. After all, Indian Prisons are over-crowded and this is because 67 per cent of the people in Indian Jails are undertrials — people not convicted of any crime but waiting to be heard in a court of law.

Now, in the end, the Romanian Anca Verma’s words is what will continue to ring in your ears: “If you steal 1,000 rupees, the hawaldar will beat the shit out of you and lock you up in a dungeon with no bulb or ventilation. If you steal Rs. 55,000 crore then you get to stay in a 40 feet cell which has four split AC units, internet, fax, mobile phones and a staff of ten to clean your shoes and cook your food in case it is not being delivered from Hyatt Hotel that particular day — Incredible India!”

Guess, law is indeed a mistress of the powerful !