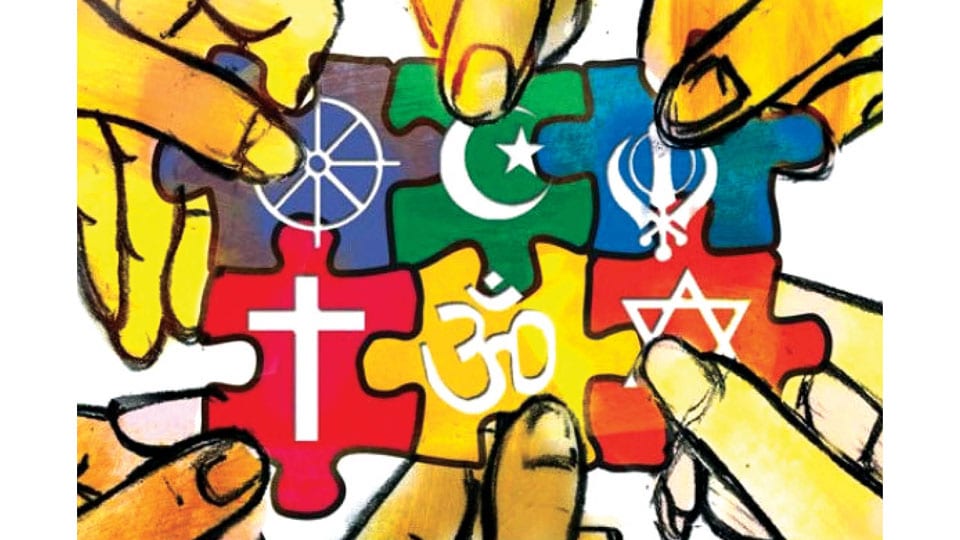 The Karnataka Government has decided to take the Ordinance route to introduce the contentious Anti-Conversion Bill. Congress party has opposed it. Do we need this law? Yes, but a tempered version.

Today, religious conversion has nothing to do with faith; it has to do with vote-banks. Mahatma Gandhi recognised this very early and said, “Today, we see competition and conflict among different religions for counting the number of their followers. I feel deeply ashamed of this, and… is a blasphemy against God and self.” Politicians have reduced religion to a political tool aided by religious heads.

Is this Anti-Conversion Bill draconian? Yes, part of it is, and of course, it will be misused to settle scores. But why don’t the protesting parties say, “We want this Anti-Conversion Bill, but with certain changes.” Why reject the Bill outright? Didn’t the Congress party, which is blindly opposing it, pass a similar Bill in Himachal Pradesh when they were in power in that State? Was it not draconian then?

When it comes to conversion, three religions come to mind — Hindus, Muslims and Christians. Hinduism does not have a history of proselytising — there is no forced conversion or induced conversion — you are either born so, or you choose to be one, but now they are into “re-conversion.” Maybe when Congress comes to power, they can have an “Anti Re-Conversion Bill.”

We need an Anti-Conversion Bill because conversion by inducement of land and money is one thing. But when you convert by demeaning the other religion saying their God is a “thief” — yes, Krishna stole butter when he was an infant — and mocking saying you “pray to a monkey,” that is no more conversion; that’s creating disharmony in society.

Interestingly none of the political parties or even human rights activists want to address the fact that while there is conversion, the “caste” discrimination never really goes away for poor and lower class members among Hindus who are converting to other religions. This is the real problem that needs to be addressed.

This Ashraf Muslim comprises the Syeds, Sheikhs, Pathans etc. These are the upper castes. Then there are the Pasmanda  Muslims, comprising Adivasis and Dalits, and these Muslims constitute majority of India’s Muslim population, yet they hardly have any political representation. The Ashraf Muslims dominate it.

In 2019, Pasmanda Muslims, under the aegis of an organisation called Pasmanda Muslim Mahaz, met in Delhi to discuss forming a political party to fight for equal rights! The All-India Backward Muslim Morcha (AIBMM) was set up way back in 1994 and had over 40 backward caste Muslim organisations!

There is a deep-rooted caste system among Muslims in India, but we do not discuss that. We are stuck on casteism in Hinduism.

Christianity in India too has its caste issues. In Trichy, Tamil Nadu, a wall is built across the catholic cemetery. Those who converted to Christianity from the Dalit community are allocated space for burial on one side of the wall, while upper caste converts are buried on the other! Even a church-run magazine carried matrimonial advertisements containing specific caste references. It was stopped only after Dalit Christians protested.

It has gotten so bad that churches in Tamil Nadu have closed because Dalit Christians demanded to be part of the administration. Do we ever talk about this deep-rooted caste discrimination among Indian Christians? No, we say only Hinduism has caste problems.

READ ALSO  A report on the Night of Shiva

The western and “secular” Indians seem to assume that there is a caste problem only among Hindus. They are wrong, and in their ignorance, they turn a blind eye to human rights violations in other religions.

The hard truth is that the only reason lower castes in each of the above religions in India tolerate the discrimination from their upper caste members is the collective fear of the other religion.

Though Muslims have severe disgruntlement within their castes, they stick together, fearing the fanatic Hindu. On the other hand, the Hindus have hundreds of castes with serious differences, but they stick together, fearing the fanatic Muslim. For the Christians, it’s the same; they fear the majority wherever they are. So, as long as politicians keep the Hindu Vs Muslim strife alive, the lower caste members in each religion will quietly suffer while the upper castes in all religions wallow in power.

When the Government announced that they would pass the Anti-Conversion Bill, certain religious heads expressed fear that the law may be misused. But which law in this country is not? Should we stop making laws because they “may” be misused? No, we must have laws because conversion by preying on poverty should not be permitted and belittling another religion and its Gods to impress the gullible is harmful in a “secular” nation. If you don’t want the law to be misused, then demand an improved version and just stay away from anything that resembles conversion. Amen!

8 COMMENTS ON THIS POST To “Anti-Conversion Bill & Caste Issues”