Home » Feature Articles » ‘Will not quit films even while in politics’ 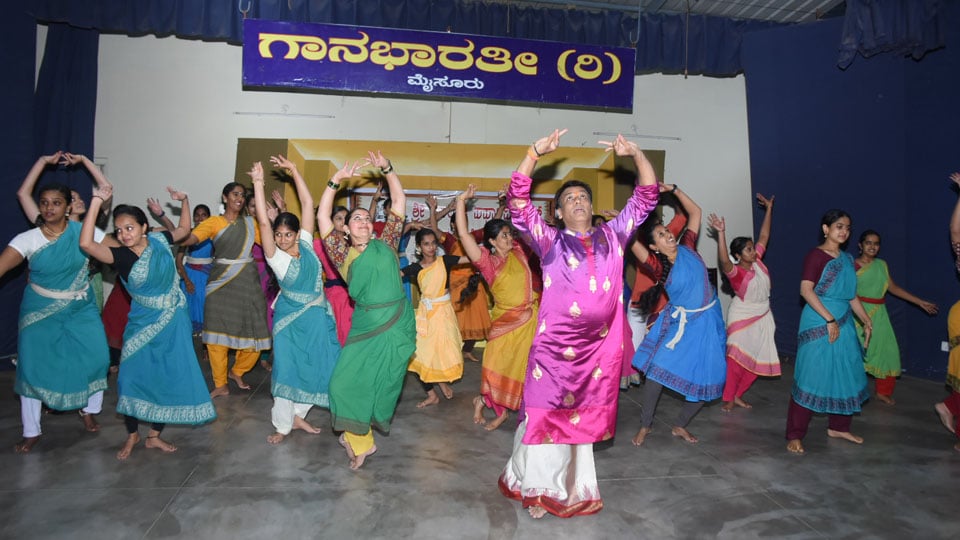 ‘Will not quit films even while in politics’

Well-known film actress Bhavana of ‘Chandramukhi Praanasakhi’ fame is in city to attend Bharatanatyam workshop by her Guru Karnataka Kalashree Satyanarayana Raju at Veene Seshanna Bhavan in Kuvempunagar here under the auspices of Sri Nataraja Performing Arts Centre, Mysuru, from May 13 to 15. Taking time off from the workshop, Bhavana spoke to  Star of Mysore on a host of topics including politics, cinema etc.

‘Mysuru is one of my favourite places and the cultural city tops in promoting Kannada language and culture,’ she said recalling her Bharatanatyam performance along with her Guru in Mysuru six years ago. She said she felt delighted to come to Mysuru again after a long break.

Referring to her long stay off from films, Bhavana said this does not mean she has quit acting. ‘I have earned name and fame through cinema but faced some problems when demonetisation was announced and I was forced to take a break from films.’

‘I am very much in politics too and at the same time mulling on directing and producing a cinema,’ Bhavana said. KGF-2  cinema has given a new dimension to the Indian film industry, she said adding that this cinema has also triggered a crave for latest technology and a new thinking.

Bhavana, who has reached out to the audience by acting in a few Kannada serials too, said that as both cinema and TV serials are almost similar, they give her ample opportunities to display her acting talent in a variety of roles.

‘I feel less scared when acting in TV serials but there will be some sort of apprehension when acting in movies as every film is  entirely different from others in terms of story or narration. I felt a little scared when I first took up acting in serials as I was worried whether the audience would like my roles but now I am happy as my role in Ramachari serial has been widely accepted by the people,’ she said.

Speaking about politics, Bhavana said she was warmly welcomed to the Congress fold by top party leaders such as K.C. Venugopal and Randeep Singh Surjewala. ‘For now, I have not been given any post in the Congress,’ she said adding that she will work for organising the party and well-being of society.

Asserting that she too is suffering from rising inflation just like common man, the actress said one needs to watch if people will vote based on good governance and controlling inflation, which the Congress stands for  or an emotional issue such as Ram Mandir.

Exuding confidence that the Congress would return to power, Bhavana maintained that she is not a party ticket aspirant this time. However, she is ready to contest if the party wants her, she said.

Speaking her mind on promotion of Hindi language by the Centre, Bhavana argued that Hindi is not the national language.

‘As a Kannadiga and also a South Indian, I would not accept imposition of Hindi. Kannada has a long history which cannot be ignored by anyone. Hindi is not on the same platform as Kannada,’ she  opined.