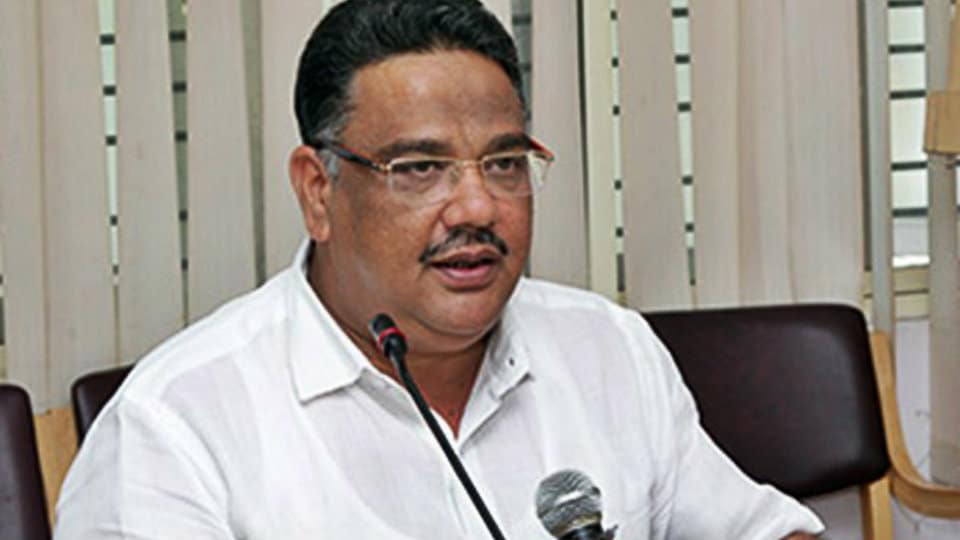 Bengaluru: In the run-up to the Assembly elections in 2018, the State government is gearing up to initiate action against Primary and High School teachers for their political affiliations and activities. The government’s move comes after AICC General Secretary in-charge of Karnataka K.C. Venugopal reportedly seeking a list of college lecturers for their affiliation with the Rashtriya Swayamsevak Sangh (RSS) and the Akhila Bharatiya Vidyarthi Parishat (ABVP).

Primary and Secondary Education Minister Tanveer Sait has decided to draw up guidelines for teachers and Principals. “I have been seeing many such (right-wing) groups using school and PU college buildings for their events and discussions. Even degree colleges are used for the same purpose. These things should stop inside an educational institution,” Sait said.

He said that he will implement a model code for teachers as they should only be “teaching children what is required and prescribed by the State government.” He added that neither the Principals nor the lecturers will be allowed to indulge in “any other kind of activity.”

Karnataka Civil Services Rules, 2007 (KSCR) say that teachers who have been serving in one place for more than 10 years can be transferred. The government may use this provision and effect transfers of teachers in October-November this year. The Minister said that the KSCR prevented teachers from engaging in political activities. The government was closely watching the activities of a section of teaching community.

Singing ‘Nada Geethe’ may be mandatory

Singing the Nada Geethe (State anthem) is likely to be made mandatory in all schools. Minister Sait said, “In many schools, during the assembly, children sing the national anthem and in some cases, even the school anthem. We have no objection to that. But we want schools to teach children to respect the land and its culture, and ensure that they sing the Nada Geethe too.”

He said a circular would be issued once the pattern for the State anthem was finalised.

Kannada now compulsory at all Schools

Starting August 1, Kannada will be a mandatory subject at all the schools in the State. CBSE, ICSE, IGCSE schools and Kendriya Vidyalayas (KVs) will now have Kannada either as a first language or a second language.

The State had received a recommendation from a Committee headed by Prof. S.G. Siddharamaiah, Chairperson of Kannada Development Authority, urging CM Siddharamaiah to incorporate changes in the education system. The Committee recommended inclusion of Kannada as a mandatory subject from standard 1 to 10 in all schools. It also recommended question papers in Kannada for all competitive exams. Minister Tanveer Sait said, “This year onwards, Kannada will be made mandatory from 1st standard till 10th standard in all boards. This will help students learn to read and write Kannada and be familiar with the language of the State in which they reside.”

A circular to this effect was issued on May 29. Stringent action, including withdrawal of the no-objection certificate issued by the Education Department, would be initiated in case of non-compliance, Sait said.