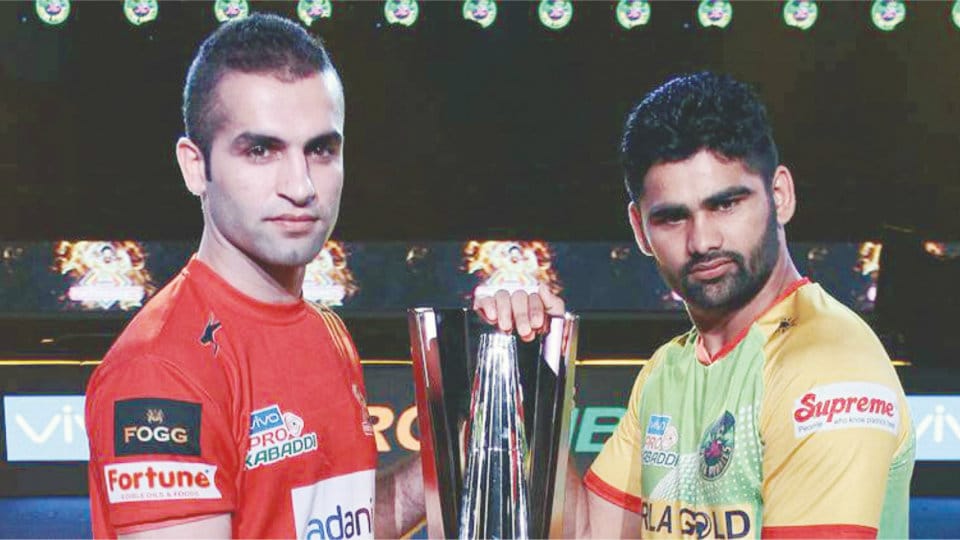 Debutants Gujarat Fortunegiants will hope to cap a memorable run in the Vivo Pro Kabaddi League Season – 5 with a triumph when it takes on two-time defending champion Patna Pirates in the final at the Jawaharlal Nehru Indoor Stadium, Chennai, scheduled later in the day.

The Gujarat franchise outclassed Bengal Warriors 42-17 in the Qualifier 1 to book a spot in the final while the Pirates rode on Pardeep Narwal’s brilliance to fight its way into the summit clash. Narwal starred in the team’s 47-44 win over Bengal Warriors in Qualifier 2. He has been in tremendous form for the Pirates and would definitely hold the key today.

The Fortunegiants have a huge task at hand if they have to prevent their formidable rivals from making it three-in-a-row.

However, the team’s captain Fazel Atrachali was upbeat ahead of the finale and said, “Everyone had amazing synergy with each other and successfully overcame the language barrier.”