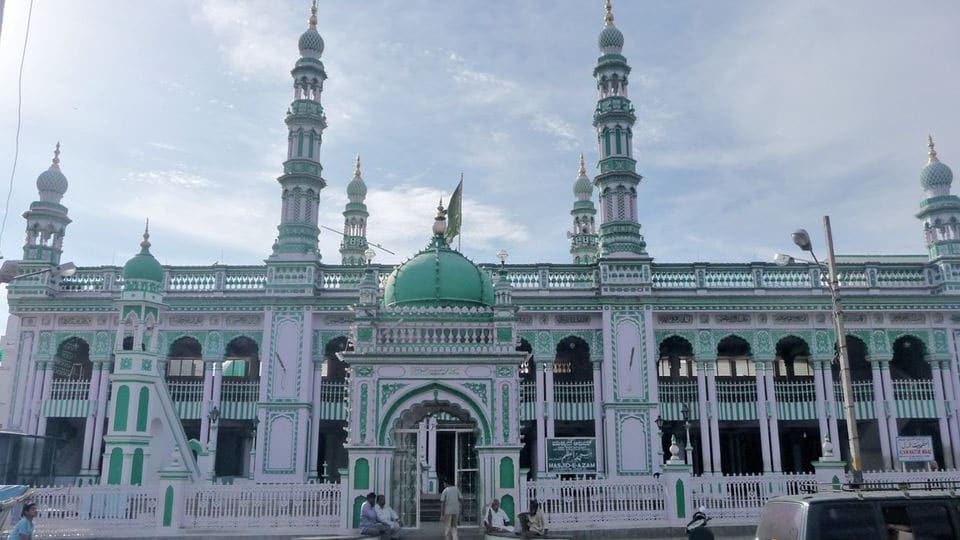 Namaz-e-Isha will be offered at 10 pm at Masjid-e-Azam on Ashoka Road.

As a prelude to the celebrations, a procession was taken out this afternoon from Masjid-e-Azam which passed through Meena Bazar, Sawday Road, Dr. Zakir Hussain Circle, Mission Hospital Road, Pulikeshi Road and culminated at Masjid-e-Azam.

Tableaux prepared by various Meelad Committees will be taken out in a procession from Meelad Bagh after 9.30 pm which will pass through Meena Bazar and Sawday Road before culminating at Dr. Zakir Hussain Circle. Alfatah Nawjawan Committee will distribute prizes to the best tableau near Hazrath Khadervali Shah Vali Makan.  Jashn-e-Melad Un Nabi Meelad Committee will also distribute prizes and felicitate various persons serving in various fields. Late Syed Yusuff Memorial Cup sponsored by ABS EMPIRE (India ) Pvt. Ltd. will be given to the Best Tableau.

Meanwhile, recitation of verses from the Holy Quran and speeches on the life and teachings of Prophet Mohammed (SAW)  was held yesterday last night and food was served at various Masjids and Madrasas till today morning.