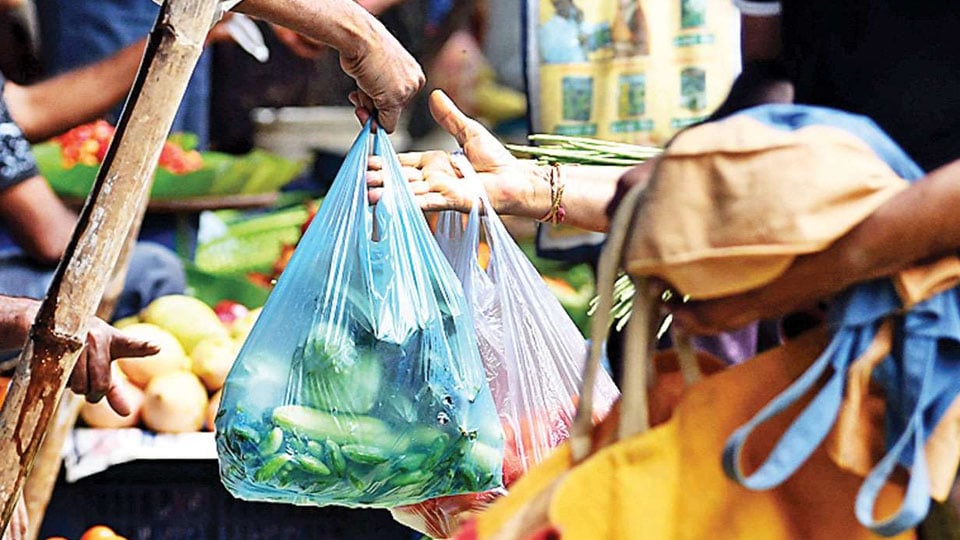 Having taken to the use of products made of plastic in their multiple avatars over several decades, the world is currently waging a losing war against the offending material. After reaching the pinnacle in its image as the most versatile and economical raw material in both industry domain and life of lay people, the now-known-to-all as plastic (with virtually no known equivalent word in any other language, including Kannada) has got itself to the rank bottom rung of rating being seen as both garbage and nuisance. The only fallout of the people-plastic battle is that the paper on which experts and non-experts have written about “what to do with it?” has added to the garbage heap, seen effortlessly in the form of unserviceable shopping bags, discarded tea cups, plates used for serving food, spoons, sheets spread on dining tables at weddings and social functions, packaging material for convenience in selling both processed foods and toiletries as well as medicines and hospital’s hardware such as bottles containing glucose drips, syringe and so on. Plastic has virtually laid bare human frailty in the haste of falling prey to comfort and convenience in changing over from time-tested practices to time-brittle alternatives, virtually devoid of vision and wisdom.

One may relish pointing the accusing finger to the inventors of plastic as raw material and its large number of products which nobody can miss noticing. That is only by hindsight. Worse is the use of plastic for imitating many articles commonly used in daily life, such as trays of areca sheath, even buntings resembling mango leaves and so, reaching the dead end of a mountain of matter that is not biodegradable.

The onslaught on plastic has tended to be bestowing excessive attention on its version of shopping bags, as in Mysuru. The more we read about the action by the civic authorities raiding godowns stocking the banned quality shopping bags, more are the shoppers seen happily walking home with flowers, fruits, vegetables, grocery and knick-knacks purchased on the footpaths from hundreds of vendors flaunting their purchases in the offending carry-bag. The volume of the bags reportedly confiscated during raids mocks at the bags in different colour-shades materialising from behind the vendors like the sleight of magician’s hands. Plastic garbage can very well compete with divinity on the count of presence everywhere as Saint Kanakadasa experienced when asked to eat banana at a strictly secluded place.

Call it irony or whatever, taking Mysuru for illustration, its residents comprise three types a) The first vehemently opposing plastic use, b) The second least bothered about the devastation the stuff is doing and c) The third being fence-sitters. If plastic had a voice, it would vociferously celebrate the prospering people-plastic-partnerships as it were, mutually beneficial.