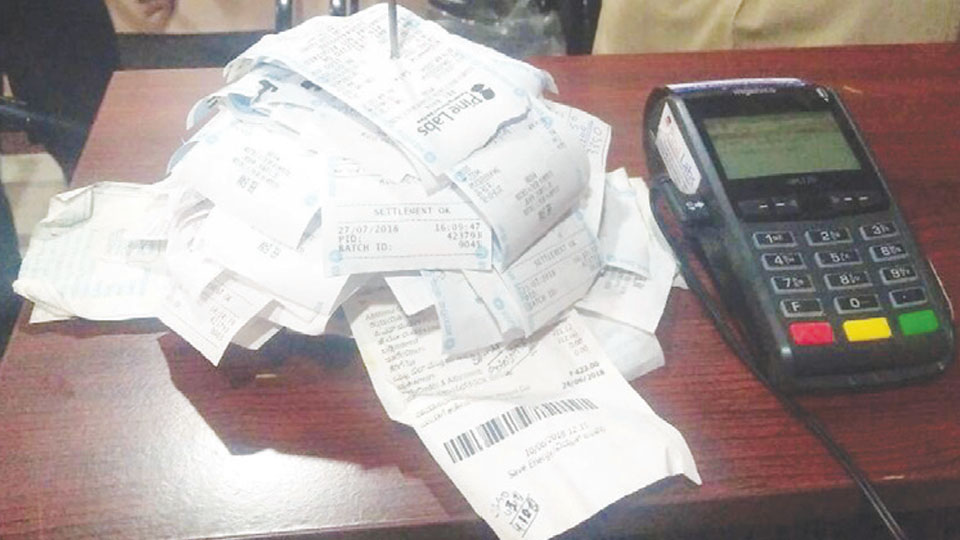 Mysuru: The Special Police teams, which raided two beauty parlours at Vijayanagar and Hootagalli simultaneously on Saturday, have arrested three persons and have rescued six women who were forced into flesh trade.

The Police raided Chandana Beauty Parlour and Saloon near Vijayanagar Water Tank and Aishwarya Beauty Parlour and Spa at KHB Colony in Hootagalli, owned by Hemavathi alias Sanjana and arrested Hemavathi and her accomplices Doddasidda and Chikkasidda. The Police have rescued six women of other States, who were forced to indulge in the illegal trade, besides seizing a Hyundai car of Hemavathi, diaries, 10 mobile phones, more than 15 SIM cards, a swiping machine and other things.

A local NGO, which received numerous complaints from the public about flesh trade going on at these beauty parlours, met City Police Commissioner Dr. A. Subramanyeswara Rao and DCP Dr. Vikram V. Amathe and informed the matter to them besides suggesting them to form special Police teams to handle the same following which DCP Dr. Vikram Amathe formed two special Police teams, one led by ACP Gajendra Prasad and the other led by N.R. Inspector Ashok to conduct an operation.

During the raid, many shocking information also came into light. The Police, who have arrested Hemavathi, are interrogating her. 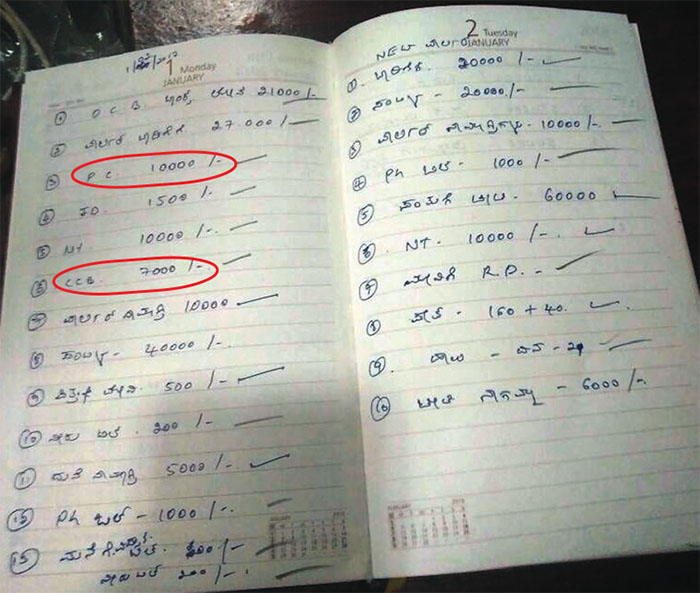 The expenditure diary found in one of the parlours which had mentioned the words ‘PC’ and ‘CCB’ (circled in red).

Luxury life: A native of Mandya, Hemavathi is said to have assets in three or four places in city. It is learnt that Hemavathi, who is in her 30s, had indulged in flesh trade racket to make money to lead a luxurious life. She used to allegedly lure women from other States on the pretext of getting them jobs and force them into prostitution by recording obscene videos of the women and later blackmailing them, it is learnt.

Is Police hand-in-glove with them?: A diary containing the expenditure list which has been seized by the Police has the mention of words ‘PC’ and ‘CCB’ and the money given to them, which raises question whether Police are involved in this illegal trade.

But the City Top Cop, who said that he had not got any information about it informed that a clear picture would come to the fore only after the investigation.

Meanwhile, the public has demanded formation of a Women Police team for regularly inspection and MCC officials to visit and inspect documents pertaining to the trade for which Trade License has been given if complaints of such illegal activities are lodged. The public, who come across such illegal activities in their neighbourhood, should unitedly oppose and inform to the Police.

CCB special team to be formed to control prostitution

Since many incidents of flesh trade taking place in beauty parlours are coming to light, the issue has been taken seriously and a special City Crime Branch (CCB) Police team would be formed to investigate such illegal activities and to take legal action against them, said City Police Commissioner Dr. A.S. Rao to SOM.

The Top Cop said that if anyone come across such illegal activity, they should inform the Police so that legal action could be initiated against such offenders. “When we received complaint about flesh trade taking place in beauty parlours in Vijayanagar and Hootagalli and the complainant requesting to send a Police team to investigate, we formed a Police team which did not consist the staff of the jurisdictional Police Station. This does not mean that the jurisdictional Police are involved in it,” said Dr. Rao.

He said that recently local residents themselves had complained about flesh trade taking place at a tattoo parlour on Narayana Shastry Road and the Police had also raided a Yoga Centre on Rama Vilas Road and had rescued girls from Kerala and Maharashtra.

The Top Cop, who has taken the matter seriously, will be handing over such investigations to the Special Police team soon.