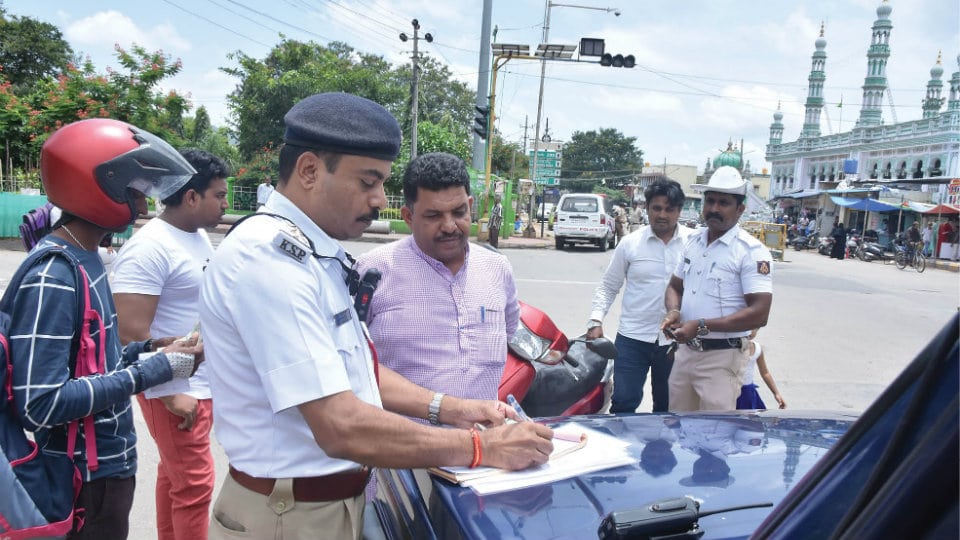 It is an open secret that many vehicle users are violating road safety rules even on major roads of the city and getting escaped without being caught. Traffic Police are remaining silent spectators for the violations happening right under their nose as they are located to one side of the Circles.

Such people do not have any fear for their life and pose danger to other road-users also.

In this context, it is a good suggestion by one of the readers that Traffic Police deployed at Circles start taking photos of the violators to instil fear in them (Public Eye and Traffic Police, SOM dated Oct. 1).

As Government has increased the penalties, an incentive scheme, with a fixed amount per each violation recorded, may be introduced to encourage the Traffic Police to record as many violations as possible.

As almost all Traffic Police have mobiles with camera feature they can use their mobiles itself to record the violations. Traffic Department officials may send proposals to Government to this effect as Government has clearly said that collecting money from public is not the motive for increasing the penalties, but to reduce number of violations and increase road safety in the country.  Hence, it may accept the proposal of providing incentives to Traffic Cops.