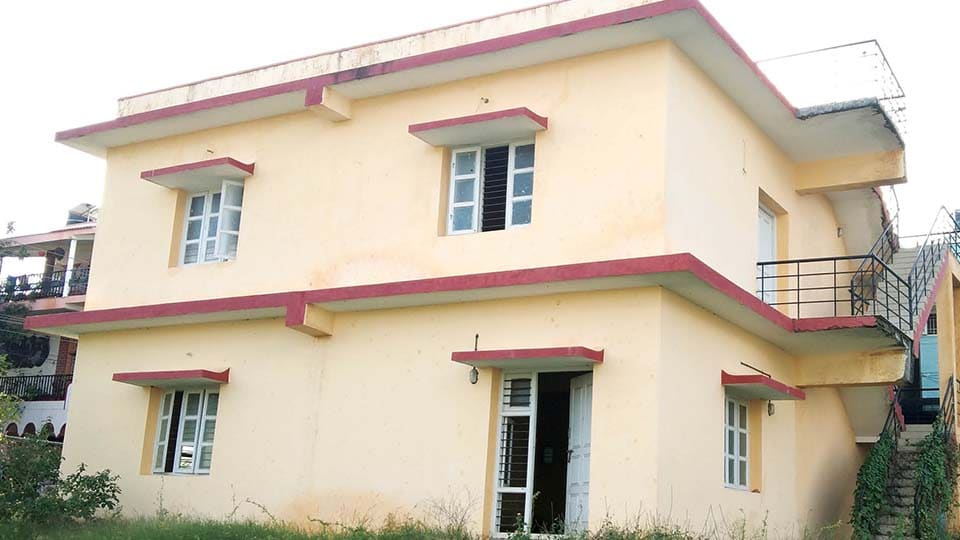 Public Library building turns into a den for illegal activities

There are plans to open a PHC in the building, says Mayor

Mysuru: The two-floor Public Library building on the 3rd Cross in KHB Colony, Kuvempunagar 4th Stage, adjacent to Mysuru City Corporation (MCC) Ward No. 59, which was constructed by spending lakhs of rupees by the MCC, has now become a den for illegal activities.

The two-floor library building is in ruins since about five years with overgrown bushes and weeds around it making it a safe haven for miscreants to conduct illegal activities.

The library building is also a place for drunkards causing a sense of fear among the residents who are afraid to walk on the road during evenings.

Residents said that the library building was constructed at a cost of about 30 lakh in 2015-16, but no library was established in the building, which is in ruins now and expressed that the elected representatives were experts in wasting taxpayers’ money.

Meanwhile, Mayor Sunanda Palanetra said that by looking at the building plan, there are plans to convert the library building into a Primary Health Centre (PHC) as a PHC is necessary for the Ward.

“This issue would be discussed with the officials concerned and a decision would be taken to open a PHC before January, 2022.

The building was constructed with an idea of opening a Public Library on the ground floor and a Gymnasium on the 1st floor. But after the de-limitation of Wards was undertaken, there was confusion that under which Ward the building comes. ­