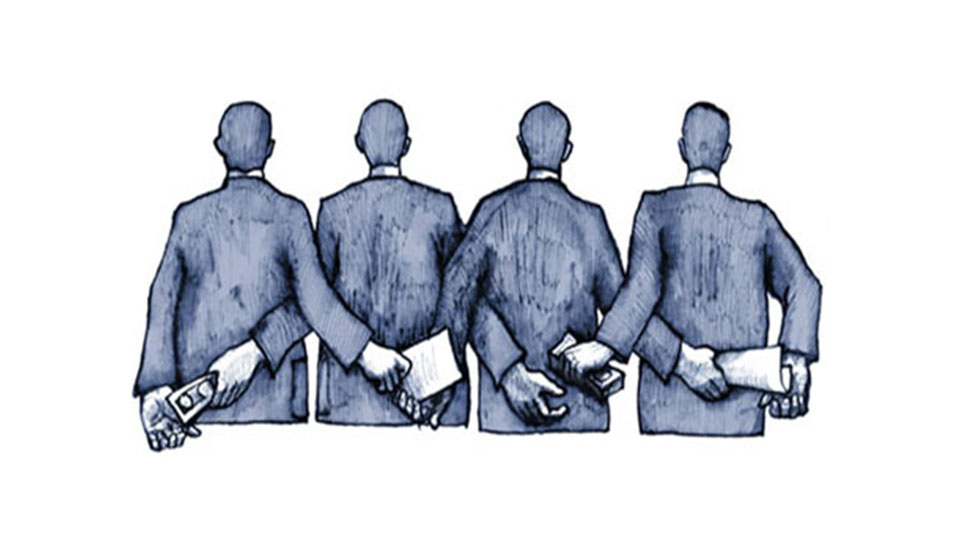 The phenomenon of corruption, associated with elected representatives of people to various bodies vested with the responsibilities that go with governing the country and also the functionaries in the Government in its hierarchy from bottom to top, not to forget the honourable judicial officers, has been debated, discussed, dissected, written about and finally taken for granted as universal, has just been bestowed a rather simplified definition. As part of determining the Corruption Perception Index (CPI) for different countries across the world and ranking them in descending order (that is, least corrupt countries being ranked low), the global civil society non-governmental organisation based in Berlin, leading the fight against corruption, Transparency International, founded in 1993, has defined corruption as the misuse of public power for private benefit. The terms public and private in this definition don’t need to be made more explicit even to the land’s unlettered people at large, given the common knowledge of those who command unlawfully amassed wealth while holding high posts in the democracy.

The global agency pursuing the scale of corruption in the countries covered in the study has revealed that Scandinavian countries are among the least corrupt nations of the world, with Sweden ranked number four. Scams committed by the well-marked players in the circles of the corrupt Indians, as reported in the media, don’t seem to shock the citizens any longer.

The privileges that the country’s politicos are enjoying, unabashedly granted by themselves are the envy of the same masses who have elected the representatives, masquerading as champions of the country’s poor millions. The gamut of privileges, including life in bungalows, moving about in high-end cars, hefty salaries as well as allowances, all services gratis, cuts in the money spent on projects and so on, in monetary terms, counted in hundreds of crores can give heartburn to the strongest. Investigations into the few scams at snail’s pace being a mockery, have only made people feeling numb about corruption and prefer to look the other way. Some have taken the stand that the bribe, given willingly by citizens and accepted gleefully acting as the lubricant to the rusted bureaucratic machinery has its dubious positive aspect that things get done in quick time!

Public speakers who take fascination to glorify India’s rich legacy of culture comprising literature, music, art and heritage structures hesitate and even feel shy to raise the issue of public power being extensively used for private benefits. Cancer is said to be cured if diagnosed early, but the national cancer of corruption is having its heyday.