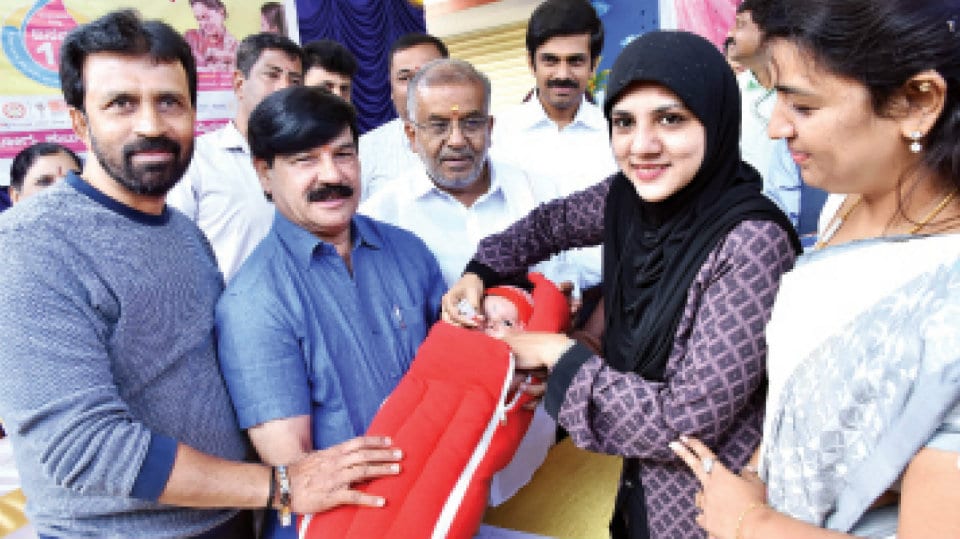 Mysuru/Mysore: In a bid to maintain the polio-free status granted to India on Mar. 27, 2014 by the World Health Organisation (WHO) and to prevent children from falling prey to polio, the Mysuru District Administration, Zilla Panchayat, District Health and Family Welfare Society, backed by the respective drives launched by Centre and State Governments, launched the five-day Pulse Polio drive for 2020 this morning.

The drive was launched at Jayanagar Community Health Centre in city by new Mayor Tasneem in the presence of MLAs L. Nagendra, S.A. Ramdas and G.T. Devegowda, Deputy Commissioner Abhiram G. Sankar and others.

Polio vaccines would be administered to 90,157 children below five years of age in city at 330 booths from 8 am to 5 pm during the drive today.

From tomorrow, vaccines would be administered by the vaccinators by visiting house-to-house till Jan. 23.

A total of 330 booths have been established and 75 Supervisors, 1,320 Vaccinators and two Mobile teams have been deployed for the purpose.