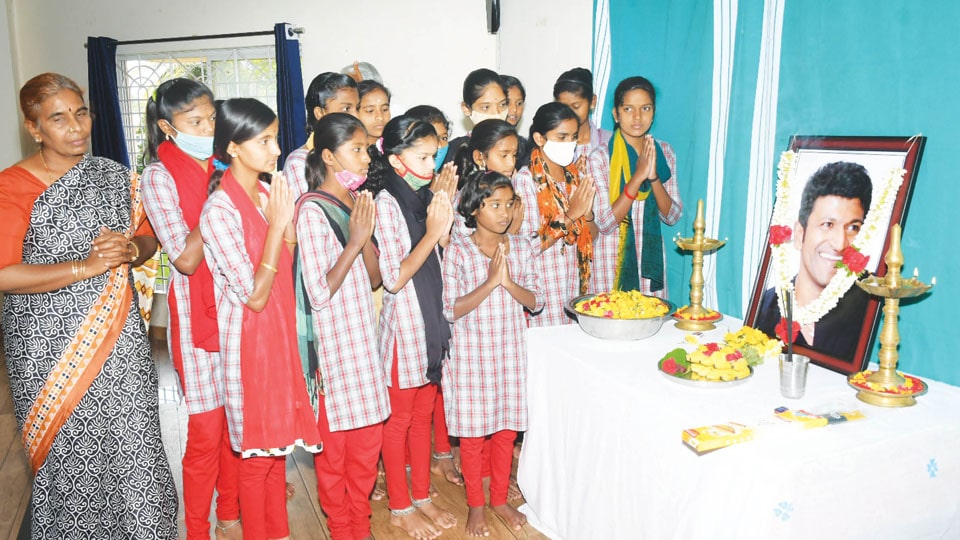 Shakthidhama was founded by the family of Thespian Dr. Rajkumar in 1997, as a project to support women in distress and to educate girls from disadvantaged families.

Speaking after paying tributes, Shakthidhama Executive Trustee G.S. Jayadeva said that Puneeth Rajkumar had dreamt of starting a full-fledged school for girl children in Shathidhama campus itself with an objective of making the girls shape their own future through quality education. But is unfortunate that the popular actor ‘Appu’ as he was fondly called, left all of us so soon, he said.

Maintaining that the pain of  Puneeth’s demise will take a long time to heal, Jayadeva said that the late actor had deep concerns for the future of disadvantaged girl children, just like his parents Dr. Rajkumar and Parvathamma Rajkumar had.

He further said that Puneeth donated all the money that he earned from his popular TV show ‘Kannadada Kotyadhipati’ for the growth of Shakthidhama.

“I am heartbroken by the sad and sudden demise of Puneeth Rajkumar, whose contribution to Shakthidhama is enormous. Children of Shakthidhama will never ever forget the generous donations made by him in both cash and kind over the years,” Jayadeva said.

Shakthidhama Treasurer M.N. Sumana and others were present.