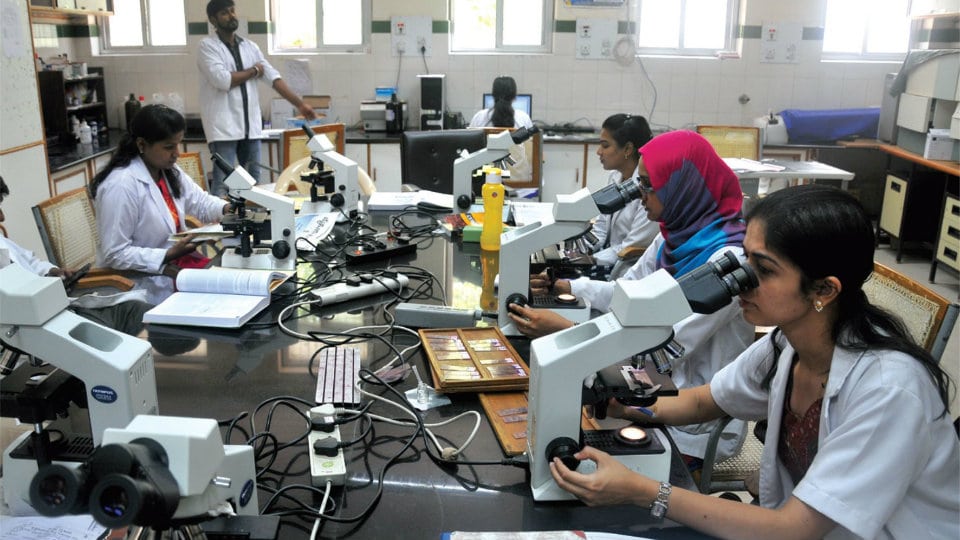 Mysuru: The spread of vector-borne diseases in and around city has created panic among the public with an apprehension that if the spread of virus was not contained, it could lead to a catastrophe and an irreversible situation.

At the District Surveillance Laboratory, out of 1,917 blood samples of suspected dengue patients, 321 were confirmed as dengue which includes 185 from city and 136 from rural areas.

The samples were drawn from January till date. Alarmingly, out of 321 confirmed cases, 232 were in June alone and 18 samples have already been confirmed of dengue in the first 10 days of July.

Mandya district too has recorded a high number of cases of dengue which was just 46 till end of May from January which  shot up to 167 in June alone. Similarly, 98 dengue cases were confirmed in Chamarajanagar over the last six months and the trend was similar in Hassan and Kodagu districts too, according to sources.

Cases of Chikungunya too have been reported along with Dengue and hospitals are flooded with patients and their attendants. A grave situation seems to have arrived where almost all hospitals are turning away patients for want of beds leaving patients in a quandary.

The fear of contracting the disease coupled with lack of treatment has further aggravated the situation with the worst hit being the poor people who have to depend on government hospitals and cannot go all out in search of a private hospital.

The vector-borne diseases is normally confined to city due  to mosquito menace. Thanks to unhygienic conditions resulting in the disease to have slowly spread to rural areas which are already reeling under severe drought. When availability of water is scarce, rural people tend to collect and store water for a longer period thus inviting the mosquitoes that spread vector-borne diseases.

Any fever needs an immediate blood test. However the drop in White Blood Corpuscles (WBC) count should not be misinterpreted as dengue case alone. Any fever would bring down the WBC count which improves on proper treatment.

People should take preventive steps instead of going panic on blood test results. The breeding of mosquitoes should be prevented, according to Dr. S. Chidambara, District Vector-Borne Diseases Control Officer.