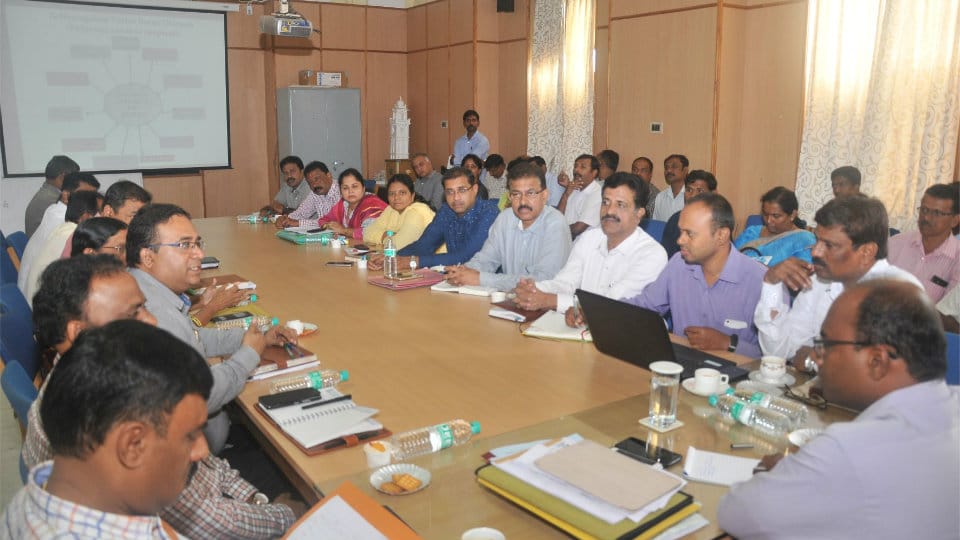 District Vector Borne Diseases Control Officer Dr. Chidambara briefed about the instructions given by NVBDCP and gave a powerpoint presentation in this regard.

Stating that controlling dengue and other vector-borne diseases was not the work of the Health Department alone, Dr. Chidambara said that the NVBDCP has instructed the PWD, Mines and Geology, Information, Transport, Agriculture, Animal Husbandry, Fisheries and Education Departments and also the Indian Medical Association (IMA) and Urban Local Bodies to work together in controlling vector- borne diseases. He said that till Aug. 14, 3,148 blood samples were tested for dengue, chikungunya and malaria out of which 598 blood samples were tested positive for dengue fever and claimed that there was only one dengue-related death in the district. DHO Dr. B. Basavaraju, MCC Health Officers Dr. Nagaraj and Dr. Ramachandra and officials of other Departments were present.