Home » Columns » Time to ponder what happened to Independence. How the confidence of 1947 gave way to antagonisms 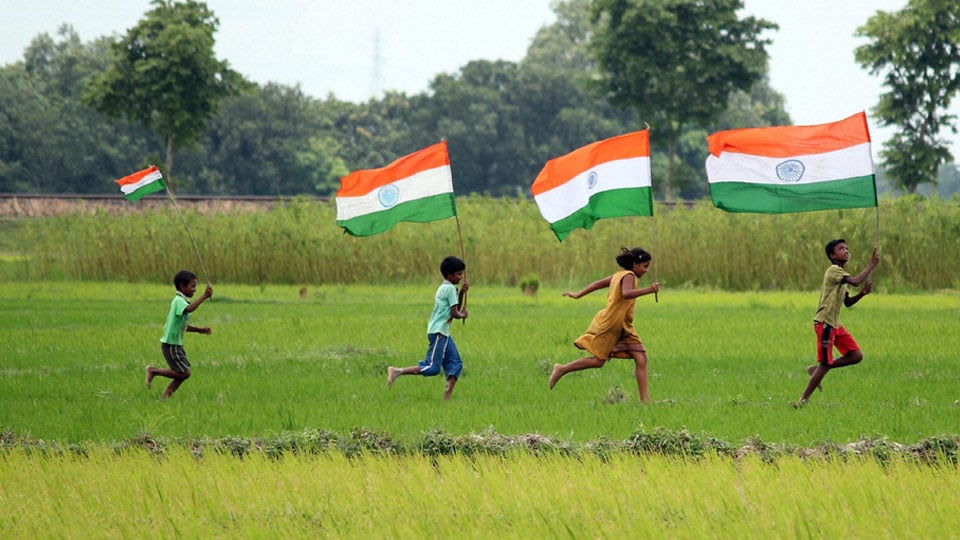 Time to ponder what happened to Independence. How the confidence of 1947 gave way to antagonisms

August 15, 1947 will go down in history as one of the most memorable dates, not for India alone but for Asia and the world… For India, it marks the beginning of a new age, a new outlook, a new future. For the world it gives a new idea and a new method…”

That was how the main editorial began in The Indian Express dated Madras, Friday, August 15, 1947. Seventy years and many ideological somersaults later, it is sobering to look at the sentiments that prevailed then and the reality today. As Freedom Day dawned there was great joy at all levels of opinion, and great excitement. The national mood was marked by confidence and optimism. These were expressed in mature ways.

One reason was that there was no television in those innocent days. Which meant that news was purveyed with sobriety and a sense of balance. The shouting patriotism of modern-day anchors (the louder you shout, the greater is your nationalism) was alien to newspaper editors who covered news and commented on it with judicious moderation. This applied to what was then British mouthpieces such as The Times of India and to the nationalist press such as The Indian Express.

The Express, though a leading campaigner for independence, maintained editorial restraint on the day of its triumph. It did not go out of its way to make its independence day editorial a trumpeting piece; it was one of three editorials that day, the others being “Inter-American Conference” (on plans to set up a regional council independent of the UN) and ‘Cochin’s Way’ (on the Maharaja of Cochin’s decision to give key portfolios like Finance to elected Ministers.)

No self-applause, no bragging, no exaggerations in the name of nationalism. Only a sober assessment of today’s achievements and tomorrow’s challenges.

Seventy years later, where are we? History moved on of course. Regionalism in the Americas gained no traction and the UN is flourishing. Cochin has disappeared into Kerala where all Ministers are elected. However, the confidence and optimism that lighted up the mood of the people at the time of independence has all but gone. The main reasons are (a) the hopes that the wounds of partition would heal in time proved wrong, and (b) the idealism of the Gandhi-Nehru era gave way to politics of  opportunism.

Who today would believe that there were hopes in 1947 that partition would not last? There were serious people who seriously thought so and the sentiment found expression in the Express’s own editorial. It said: “That this freedom is temporarily fissured and broken does not alter the fact that the heritage is common, that the future is yet to be made. Reconstruction and unity must be the aim… Just as the past belongs to India and Pakistan alike, the future too belongs to both.” And today we have an officially designated global terrorist, Syed Salahuddin, flourishing under Pakistani protection and proclaiming that he can hit targets anywhere in India at any time.

On the domestic front, too, expectations turned into pipe dreams. The lofty spirit of the time was reflected in a sentence in the Express editorial: “While we should ensure good government for realisation of future destiny, we should also remember that self-government is not to be an instrument of power alone, but an opportunity for service.”

Within a decade or so, democracy became an instrument of power and a means of self-aggrandisement. From panchayat members to Prime Ministers, everyone took to corruption  as a routine right of public life. Criminals with jail records became MPs and MLAs, some even Ministers.

Why did the early expectations dry up and unexpected forces take control? Perhaps the wholesale copying of Britain’s Parliamentary system was too much too soon. Perhaps our early leaders underestimated the influence of factors like caste and linguistic parochialism.

Neither the generation of Indians who sacrificed everything for freedom nor the early leaders who did their best to strengthen the constitutional integrity of democracy’s systems could have foreseen religious animosities overtaking civil life in the country. No one imagined that votes could be won by inciting communal hatreds among people. It is ironic that democracy and elections became instruments of generating intolerance and violence across  the country.

The candle lit in 1947 burned out somewhere along the way. No one seems eager today to light a new one. Was V.S. Naipaul right when he wrote: “India’s strength, her ability to endure, came from the negative principle, her unexamined sense of continuity.”

ONE COMMENT ON THIS POST To “Time to ponder what happened to Independence. How the confidence of 1947 gave way to antagonisms”