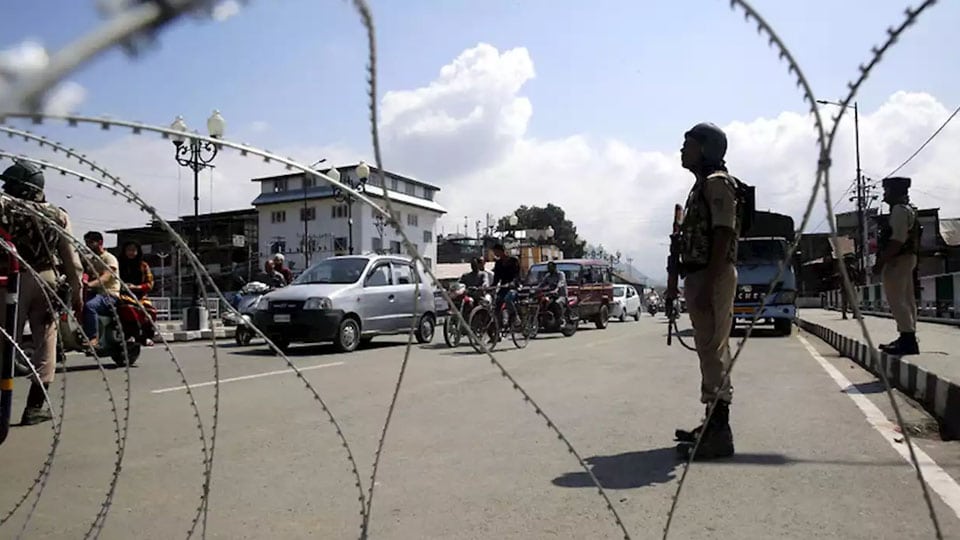 When the makers of our Constitution used the term ‘India that is Bharat,’ the implication was that the cultural strength of ancient Bharat would energise the modernistic thrust of resurgent India. It did for a while; India became a model for newly-independent nations. Then new forces rose that damaged India’s position as the proud bearer of Bharat Varsha’s values. A hefty push in that direction has been given by the sensationalist style in which Jammu & Kashmir (J&K) was broken up all of a sudden and reassembled to different specifications.

Let it be stated right away that there is nothing politically or morally wrong in restructuring J&K after the passage of seven decades. History moves according to circumstances. In 1949, the aftermath of independence and partition called for a set of special arrangements. This gave J&K a special status outside the Indian Constitution. Nevertheless, for all practical purpose J&K has been an integral part of India. Farooq Abdullah, a distinguished Chief Minister of the State, became India’s Energy Minister from 2009-14. Omar Abdullah was Minister of State for External Affairs under Prime Minister Vajpayee.

When leaders of a State become so integrated with the Union, that State cannot go on forever saying that it is different from other States. J&K’s position as an integral part of India is beyond question.

Mehbooba Mufti, a former Chief Minister, is protesting the loudest. She is one-sided in her arguments.  “We went wrong in choosing India over Pakistan” she said. It was that ‘wrong’ that made her a Chief Minister. If she had gone ‘right’ and chosen Pakistan, she wouldn’t even have had an address. She went on record with the statement: “Our special status is not a gift bestowed upon us. It is a right guaranteed  by Parliament.” Which Parliament? Which country? Her position was self-defeating even by the universal principle, The Lord giveth, the Lord taketh away.

A worthwhile point Mehbooba made was: “They want to change the demography of the only Muslim-majority State in India, dis-empower Muslims and make them second class citizens in their own state.” When Kashmiri Pandits were driven out of that State, where were voices like these? When it suited them, Kashmir leaders went along with injustices. Mehbooba even became an ally of the BJP in her search for power. To cry foul now is to cry in vain.

But the question remains:  What was the urgency to change the demography of J&K as if the country’s future depended on it? The Union Government obviously knew that they were making changes drastic enough to cause an uprising. Troops were moved to J&K well in advance, pilgrims and tourists were evacuated and general warnings issued, giving the impression that ground was being prepared for battle. Even the final policy announcement had the mark of a non-Parliamentary autocracy. The Constitution was amended by an Executive order, unheard-of in the history of Democracy.

Official excuses ranged from America’s shift in Afghanistan policy to the cache of arms Russia had left in Afghanistan. These are too childish to merit attention. More credible is the argument of a political insider in Delhi that, after the BJP’s massive mandate of 303 seats in the Lok Sabha, “Parent body RSS wants some decisive action that would be a show of strength. Kashmir would suit the purpose more than issues like Ram Mandir.”

Exercises of brute power on a daily basis will now be the story of J&K. Putting local leaders under house arrest is the publishable kind of action because it is routine. Largely shielded from the outside world will be the harsher actions — incarceration, interrogation, terrorising, denial of human rights.

In the end, there is no escaping the feeling that the biggest policy decision taken by the Modi II Government has been for Hindutva reasons. The overhauling of J&K essentially means putting the Muslims there on a tight leash. This is so basic an article of faith with the present leadership that it would be a waste of time to talk about the stealthy style adopted, the authoritarian way of decision-making, the depravity of  it all. What the country faces is a fait accompli situation. A take it or leave it offer. A like it or lump it choice. This is the way the cookie crumples. Cry, the beloved country.

3 COMMENTS ON THIS POST To “Right Intentions, Wrong Steps”