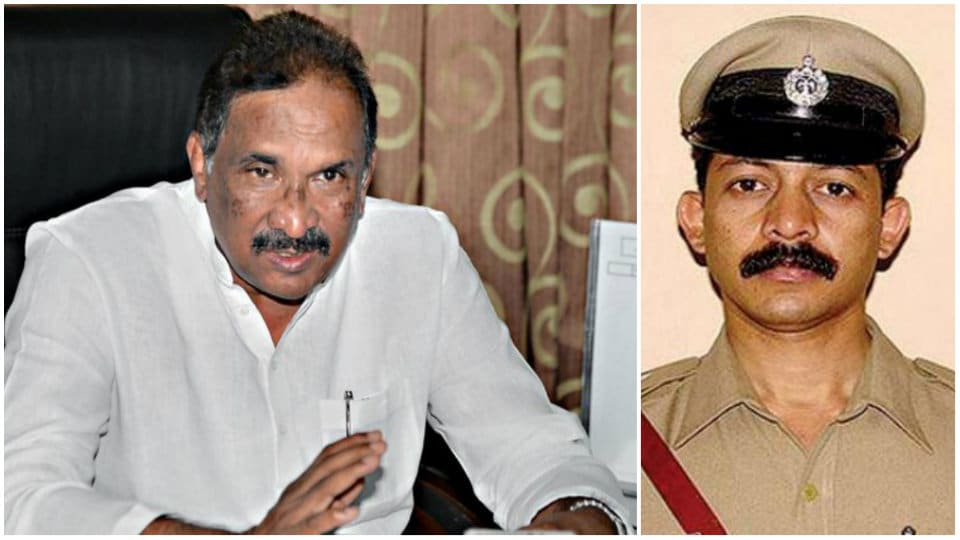 New Delhi: The Supreme Court yesterday issued notice to Bengaluru Development Minister K.J. George, seeking his response in a plea for a CBI probe into the suicide of Deputy Superintendent of Police (Dy.SP) M.K. Ganapathy on July 7, 2016.

Before his death, Ganapathy, then posted at the office of Inspector General of Police, Mangaluru, had in a TV interview accused the Minister and senior IPS  officers A.M. Prasad and Pranob Mohanty of harassing him.

Acting on a plea by Ganapathy’s father M.K. Kushalappa, a Supreme Court Bench decided to issue notice to George and the two IPS officers. The court sought their response within four weeks to the petition seeking CBI investigation into the death.

It may be mentioned here that on July 9, the Karnataka government opposed a CBI probe into the suicide. The State maintained in the SC that a “thorough and in-depth investigation” has been carried out and no prudent person can term the investigation as biased

Kushalappa had contended that his son was hounded by George and IPS officers. George had to resign and the Police officers were transferred after the FIR was registered on July 19 following an order by a Madikeri court. However, the CID, which investigated the case, under the supervision of the Director General of Police, filed a closure report before a trial court.