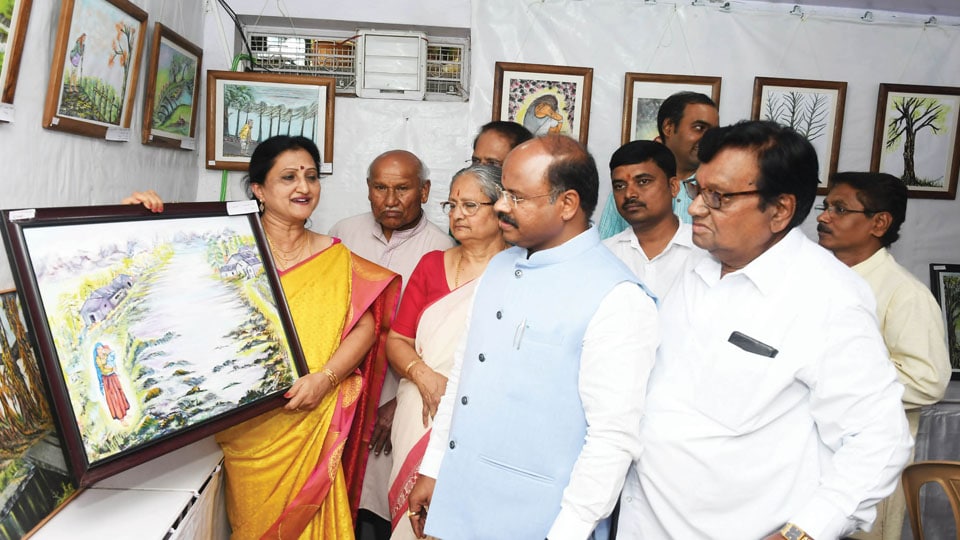 Mysore/Mysuru: Maintaining that Raagamala paintings are not only found in North India, but also in Sree Tatva Nidhi scriptures found during the times of Mummadi Krishnaraja Wadiyar, noted music and dance critic Dr. Rama V. Bennur said that the projection of Raagamala tone in artwork is now part of history. She was speaking at the inauguration of the 3-day ‘Raagadrushya’ artworks expo of noted painter Dr. Jamunarani Mirle at Mysore Art Gallery on 12th Cross Ramanuja Road here on Thursday.

Pointing out that Raagamala paintings have a long history of over 400 years, Dr. Rama Bennur said that such paintings have their own style and speciality.

Noting that the ultimate goal of every art is to bring joy, she said that Jamunarani’s works goes to prove that all works have an inter-relationship.