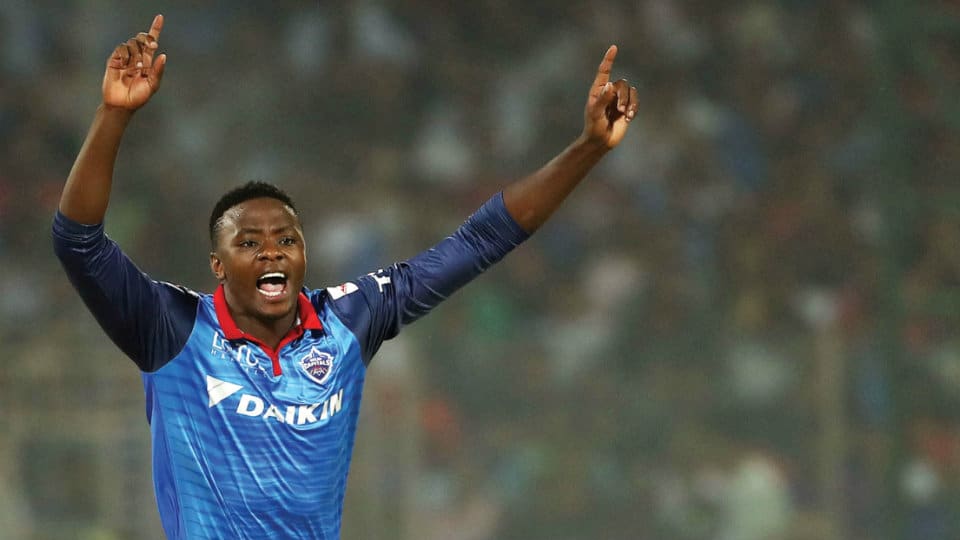 Rabada stars in Super Over as Delhi defeats Kolkata

Kagiso Rabada claimed a wicket and defended an 11-run target in the first Super Over of the Indian Premier League (IPL) 2019 as Delhi Capitals defeated Kolkata Knight Riders by three runs at the Feroz Shah Kotla on Saturday.

The match was tied after Delhi Capitals scored 185/6 in their allotted 20 overs while chasing a target of 186. Rishabh Pant, Shreyas Iyer and Prithvi Shaw led Delhi’s batting charge in the Super Over and managed to score 10 runs. Dinesh Karthik, Andre Russell and Robin Uthappa failed to smash big hits as KKR were restricted to seven runs in the Super Over.

Chasing 186 to win, Delhi Capitals were set up nicely by Prithvi Shaw’s 99 off 55 balls but they could not score six runs from the last over, bowled by chinaman Kuldeep Yadav, who held his nerves to give KKR a chance to steal a win.

The Capitals ended their run chase at 185 for 6 in 20 overs, taking the match to Super Over. The home side managed just 10 runs in the Super Over bowled by paceman Krishna Prasidh but Rabada executed yorkers perfectly to deny KKR. He removed dangerous Russell with a perfectly placed yorker and did not allow other batsmen, including captain Karthik, to free their arms. KKR needed five off the final ball but managed                   just one.

Shaw missed out on his century by just one run but steered Delhi Capitals to the doorsteps of a win.

Prithvi Shaw was adjudged as the Man of the Match.

READ ALSO  RCB to take on KKR in a keen contest

Excellent performance by the Kings XI Punjab’s (KXIP) spinners and opener K.L. Rahul helped them to register a comfortable win over Mumbai Indians (MI) in the match played at Mohali yesterday.

Legspinner M. Ashwin got 2 for 25 while captain R. Ashwin conceded 26 without a wicket as Punjab kept Mumbai to 176 for 7 in 20 overs.

Mayank Agarwal was adjudged as the Man of the Match.