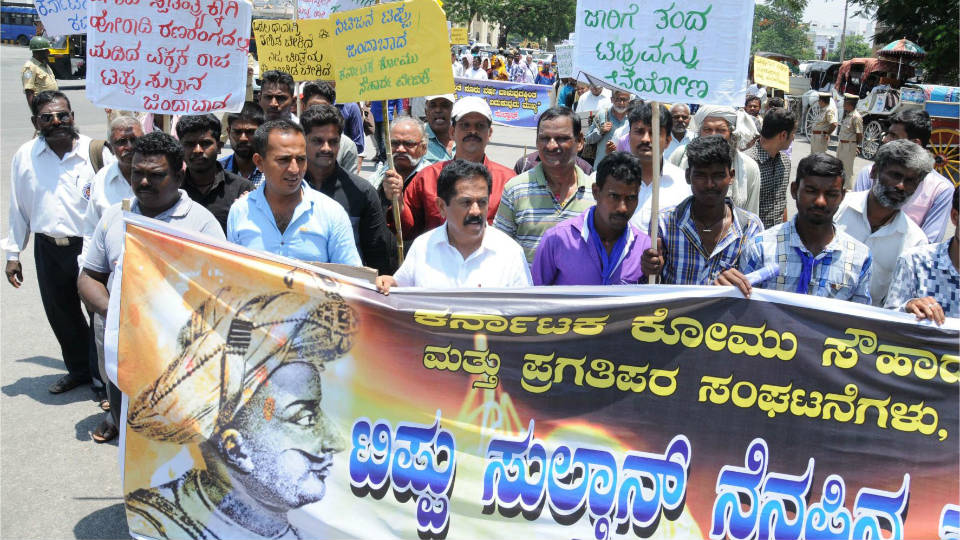 Mysuru: Marking the 218th death anniversary of Tipu Sultan, a rally was organised by Karnataka Komu Souharda Vedike and other progressive associations in city this morning.

About 1000 members of the Vedike and other associations participated in the rally holding placards with messages on communal harmony. The rally was flagged off by former Minister Lalitha Naik at Town Hall which went on to Dasara Exhibition Grounds where a convention was held later. Folk troupes too took part. 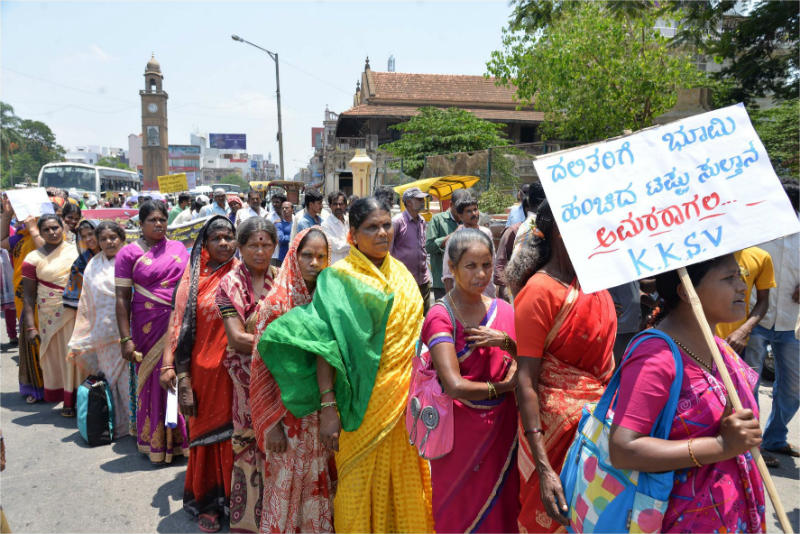 Speaking on the occasion, Lalitha Naik said that Tipu was a great fighter and leader but regretted that a few people by distorting facts of history were misleading the public.

An exhibition of photographs of Tipu era, coins used then and a few of the arms used by Tipu were displayed at the expo organised at Doddakere Maidan grounds.

Tipu Sultan
“I am living every girl’s dream”
Dr. K. Rameshwarappa back as Food and Civil Supplies DD