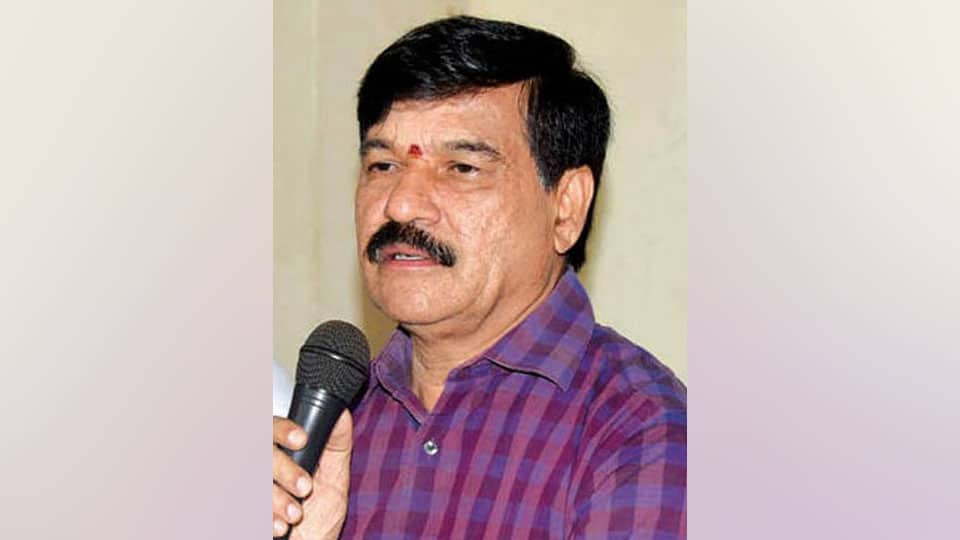 Ramdas was replying to charges made at a press meet yesterday by ex-MLC G. Madhusudan, who also urged the party leadership not to allot the K.R. Constituency party ticket to Ramdas.

Sarcastically stating that Madhusudan had grown big to become a national leader, Ramdas said that he was only an ordinary party worker and was in touch with over 50,000 families of K.R. Constituency.

Maintaining that Madhusudan was only reiterating the charges made by Congress leaders earlier, Ramdas claimed that the Police have filed ‘B’ report in all the cases against him.

Alleging Opposition hand in the charges made by Madhusudan, he accused the ex-MLC of only reiterating the Opposition claims in attacking him.

Noting that it is the BJP leadership which allots the party ticket, Ramdas  maintained that he would continue to work for the BJP even though the party denies him the ticket from KR  Assembly segment.

G.Madhusudan S A Ramdas
“The Story of Kaveri” wins Grand Prix at Abby’s Goafest
Ex-Servicemen urged to familiarise with Welfare Schemes of Central and State Govts.