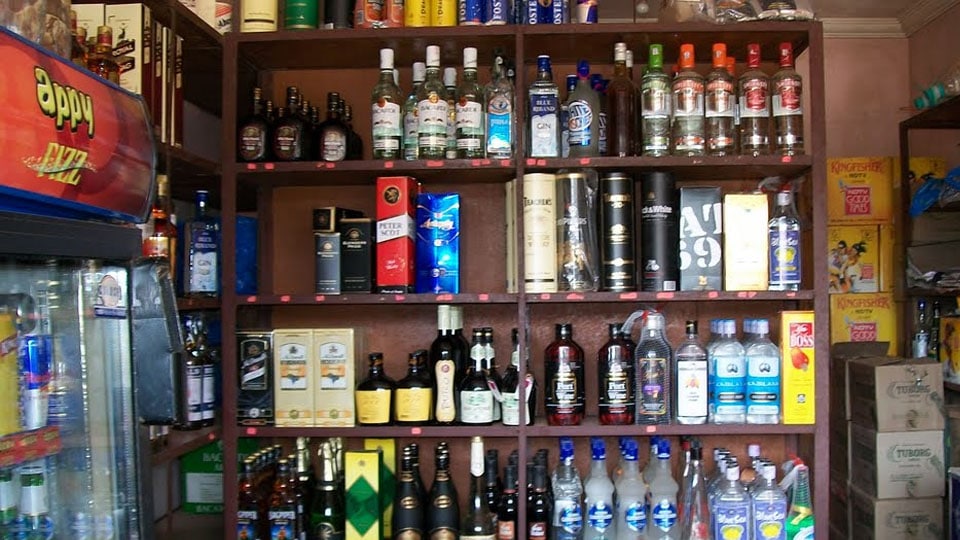 The villagers also alleged that the wine store was located on the main road and many under the influence of alcohol were behaving indecently with the womenfolk and were indulging in eve teasing.

They further said that as the wine store is situated on the main road, frequent accidents were taking place and alleged that the waste generated at the wine store was being discarded unscientifically which was causing pollution.

Alleging that though several complaints were given to the officials concerned through the Gram Panchayat, Gram Panchayat President and members said that no action was taken by anyone in this regard and raised slogans in support of their demand along with the villagers. They claimed that the wine shop and bar in the village was a nuisance with women and school going children feeling unsafe.

Mysuru South Rural Police and Excise Department officials, who rushed to the spot tried to pacify the villagers but in vain. The villagers demanded the wine store be shifted elsewhere following which the wine store staff downed the shutters and left from the spot.