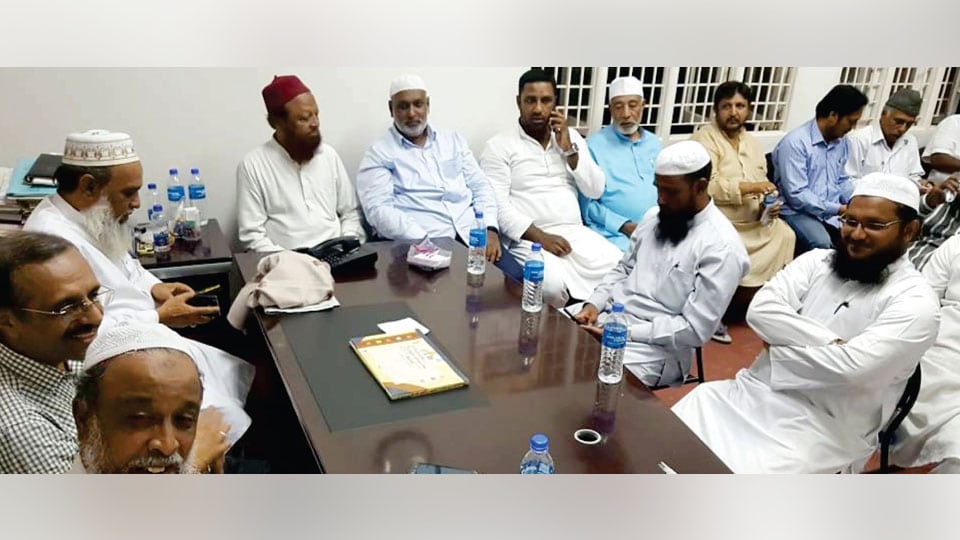 The meeting was presided over by Sir Khazi of Mysore Hazrath Moulana Mohammed Usman Shariff. Ariff A. Mehkri, Convener of the District Moon Committee, who collected information from various parts of the District, said that as the Moon was not sighted either in Mysuru or elsewhere, it was concluded that Holy Ramzan Month shall commence from May 28 (Sunday).

The meeting commenced with the recitation of verses from the Holy Quran by Hazrath Moulana Maqbool Ahmed Saheb Nizami. On the occasion, Ariff Mehkri felicitated Sir Khazi of Mysore Hazrath Moulana Mohamed Usman Shariff. Waqf Officer Abdul Khaleel proposed a vote of thanks.