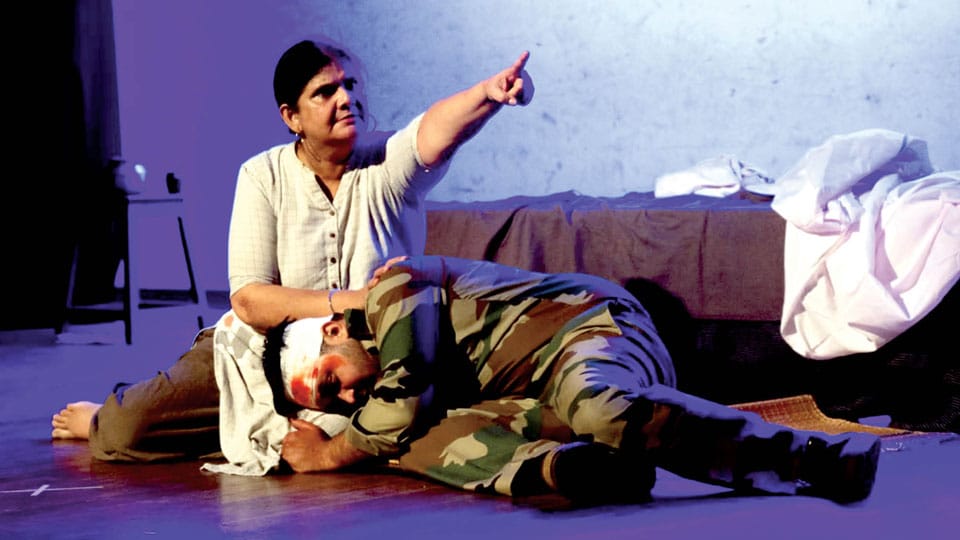 On 7th Jan., Hindi theatre team in Mysuru performed a drama on the very heart touching plot of the family of a soldier. The story revolved around a mother waiting for her son to return from the World War, and support her daughter’s marriage.

Her emotions get real when she witnesses the refugees from Burma describe the condition of the war. The mother’s anticipation, the daughter’s hope, the refugees’ suffering and the societal judgment are the raw emotions felt during the play.

Shukprit Singh, Director, had a very good eye for the vision of the play. He has led the team to practice and deliver in play in less than 13 days.

The roles of Nuthan (mother),  Meghana (daughter) and Jashwant (soldier), along with the Burmese refugees, Mridula and Raazik, have steered the play to be stellar. The role of society played by Dakshyani and Raghav show the ignorance of outsiders to a soldier’s life, reservations of an unmarried girl and lack of empathy to the refugees.

Lastly, the lighting by Raag Urs and music by K. Raju added the dramatics to the play. Overall, the 2nd play by Rangasena has been very well-received.