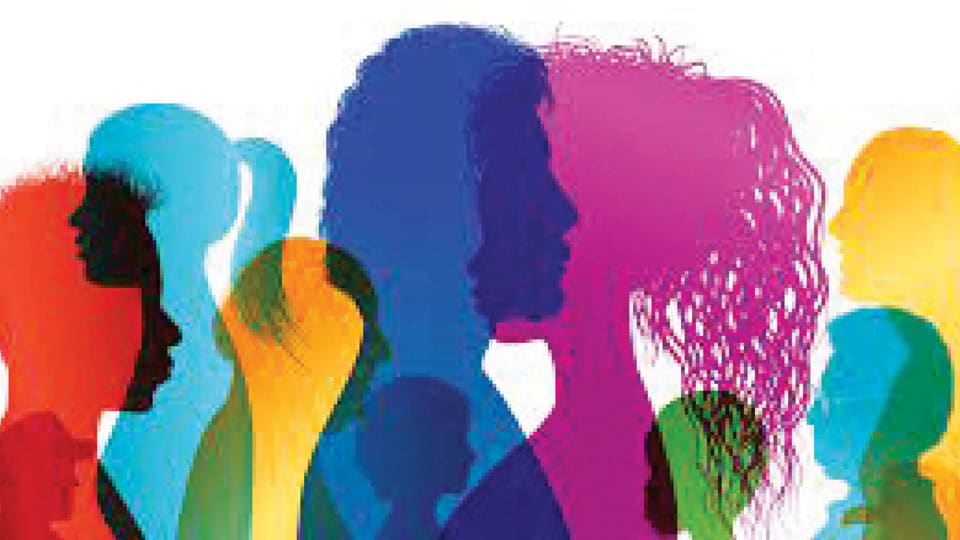 “Did you want to see me broken ?

Weakened by my soulful cries…,

Leaving behind nights of terror and fear,

She closed her eyes eternally so that others could be watchful and prevent such episodes” was the one guiding, heart-wrenching sentence which repeatedly appeared in the print media during the ‘Nirbhaya’ episode in December 2012 in the National Capital.

Apparently, Nirbhaya’s death, ‘eternal closing of her eyes’, did not make other potential rapists introspective and did not prevent such episodes.

The recent brutal sexual assault on a female student in Mysuru’s Lalithadripura area is again a shocking reminder that such shameful instances are recurring and likely to happen anywhere in India, even in future.

While there has been a blame game by different sections of society on one another and outrage by the public, the need of the hour is to understand that psychological rehabilitation of the victim of the sexual assault (and her male friend) should be of prime concern,  because “Rape Trauma Syndrome” can manifest itself as one of the overwhelming form of PTSD (Post Traumatic Stress Disorder), wherein the victim comes across reminder of what she went through, even several weeks or months afterwards.

Of all the PTSDs (that is, whenever a person is subjected to intense unaccustomed stress like kidnap, captivity, hijack, fire accident, sexual assault, etc.), the mental agony suffered by a sexually assaulted victim (as in the case of a gang rape) is very severe and the intrusive memories of the negative event can wreak immeasurable havoc on the person and her personality.

Sexually assaulted woman may start feeling that the world is no longer a safe place for her, may start doubting her self-worth, may even start distrusting her own friends’ circle and family members.

Such a woman may also experience frequent flashbacks of the traumatic event [who can ever forget the mental agony and hysteria portrayed by late actress Kalpana in the movie ‘Sharapanjara’ wherein the heroine during her immediate post-natal period (after child birth) intensely recollects how she was sexually used up by her own cousin during her pre-marriage, college days. Hindi movie ‘Ghar’ released in 1978 also sensitively depicted the mental turbulence which a married woman had to go through, after having got raped by strangers, while returning from a late night movie. The movie in fact was an eye-opener for the audience, since it showed a compassionate, understanding husband’s genuine efforts to bring back his wife’s mental thoughts to normalcy.]

READ ALSO  Talk on 'Woman’s life from menarche to menopause'

Dr. Prabha S. Chandra, Professor and HoD of Psychiatry at NIMHANS, Bengaluru, says:  “I get to counsel at least one woman on a weekly basis, who is sexually assaulted, most often by a person known to her. Usually the woman comes to me with complaints of vague psychosomatic disorders like headache, stomach ache, sleeplessness and lack of interest in marital life (if she is married). Only after repeated, gentle assurances, a victim of sexual violence, starts opening up.”

Dr. Prabha always tells the victim that she (the victim) is not to be blamed for the incident and that as a Psychiatrist, her Doctor fully understands the mental turmoil of the victim. “Through Mental Catharsis or a medical confession with a qualified counsellor, the victim of sexual violence, if she shares her apprehensions, always gets better by such counselling sessions. But most often, many such women tend to deliberately avoid remembering the important aspects of the negative event, for the fear of an impending chain reaction of anxiety, depression and emotional outbursts.”

Psychologically if categorised, rape trauma victim goes through 3 stages of recovery, namely the immediate aftermath or the initial acute reaction, then the stage of recoil (which starts when the initial acute mental trauma begins to wear off) and the stage of re-adaptation or re-normalisation, wherein the difficult path to emotional and psychological healing begins.

Though the stages of recovery may overlap with one another, therapy is definitely needed if the woman continues to experience repeated flashbacks of the traumatic event, Anhedonia (or emotional numbness), continued phase of depression, morbid suicidal thoughts and a bitter feeling of hopelessness.

Psychiatrists point to the sad part of the role played by the relatives, especially if the girl is unmarried — “‘What if the girl becomes pregnant – discussion aspect’ increases the anxiety element in the victim. Hence, it is better to seek medical opinion about the aftermath of the event and parents or concerned relatives should share the victim’s mental dilemma, to mitigate her suffering and to re-instill confidence in her,” say the Psychiatrists.

After the initial stage of shock, disbelief and a refusal to talk about the incident, the survivor may start to feel shame and guilt, questioning herself whether she should have done more to prevent the traumatising incident from happening.

What the victim needs is good resources for coping up with the situation, a supportive network of family and friends.

“A victim of rape or sexual violence should preferably avoid watching such news and limit the usage of the social media, to avoid getting negatively triggered. Many a times, we also try to psychologically  prepare the woman to face and answer the questions asked by the Police and also encourage her to co-operate in identifying the perpetrators,” says Dr. Prabha Chandra.

She also says that a rape victim who develops a positive thinking attitude may learn to restart her life, putting behind the trauma, whereas a victim with negative thinking may try to isolate herself and may even resort to alcohol intake and drug-abuse.

“Relatives should always keep a watch on the victim, to find out any change in her behavioural pattern and to know whether the woman has developed any suicidal tendencies,” cautions Dr. Prabha.

As Sir Ross has said about the therapeutic value of mental catharsis: “A skeleton in the cupboard is a gruesome and fearful thing but, if we look at it often enough, it will become only a bag of old bones!” Hence,  a sexually assaulted woman is counselled to make her realise that the worst is over and what she has been experiencing are nothing but the symptoms (in the form of psychosomatic                    disorders) and these symptoms are not a reality.

And, to move on in life with her head held high, let “Veni, Vidi, Veci…” (I came, I saw, I conquered…) connote a new meaning: “I came back to my original life, I saw and accepted the reality and I conquered my phobias successfully!” For these words would reflect a woman’s resilience, instead of  substantiating  a masculine power and control.

[Bengaluru-based Dr. Veena Bharathi is a Freelance writer, Medical doctor and Health Management Consultant by profession. She is an alumnus of Mysore Medical College and Research  Institute]