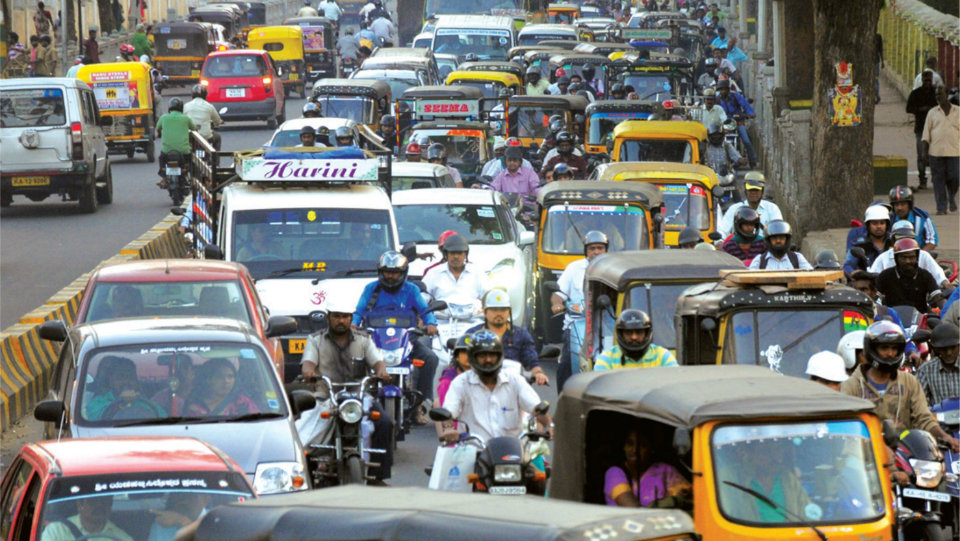 Mysuru, the cultural capital of the State, is the fastest growing city after the State capital Bengaluru. Mysuru, known for its world famous tourist spots and Yoga Kendras, has also gained prominence as a health destination.

The city is a mix of many old Mohallas and new localities, with many villages on the outskirts coming into the fold of the city. Old Mohallas such as Devaraja Mohalla, K.R. Mohalla, Ittegegudu, Nazarbad, Gandhinagar, Rajendranagar, Subhas Nagar, Eranagere, Lashkar Mohalla, Agrahara, K.G. Koppal, Vontikoppal (V.V. Mohalla), Paduvarahalli (Vinayakanagar), Tilaknagar,  Kumabarakoppal, Hebbal, Metagalli, M.G. Koppal etc., have seen a rise in population over the years, with people choosing these areas to live as most of them have basic amenities such as water, power, Under Ground Drainage system (UGD) etc.

Also, these areas have good transport connectivity and are dotted with hospitals, educational institutions, etc.

The other main reason for the city’s rapid rise in the population is that the city has become an educational hub attracting people not only from other States and far off cities, but also from rural areas as well.

With the city’s population rising by the day, so also is the vehicle numbers.

With more and more people, especially the youth preferring their own vehicles to travel across the city and elsewhere, there are less number of takers for the public transport system, which is rather good in the city as compared to other large cities. As such, almost every household in the city will have at least a vehicle ( Two- wheeler or four -wheeler) and even more.

The increasing number of vehicles has congested the city roads and traffic management is posing a real challenge for the traffic Police.

According to the 2011 Census, Mysuru had a population of nearly 9 lakh and this number has almost touched 14 lakh at present.

In 2011, the city had 4 lakh vehicles. But according to recent statistics, the number of vehicles in the city has crossed 8.15 lakh as at the end of the December last.

These statistics are as per the records at the two RTO officers in the city. Apart from these figures there are over 10,000 vehicles from the other States plying in the city.

With city roads unable to bear this huge traffic, the roads often get congested and traffic snarls and jams have become common these days.

The narrow roads have only compounded the problem. Also, there is little scope for widening important roads such as Irwin Road, Ashoka Road, B.N. Road, Shivarampet Road, Seshadri Iyer Road, Sri Harsh Road,etc., all running through the heart of the city.

Also, most of the roads in the city are poorly maintained. Added to this, is frequent traffic violations by motorists,              especially the youth.

The ever-increasing number of vehicles hitting the city roads has posed a major challenge to the city’s two civic bodies MCC and MUDA  as they have the enormous task of developing or widening the roads taking into account vehicle density.