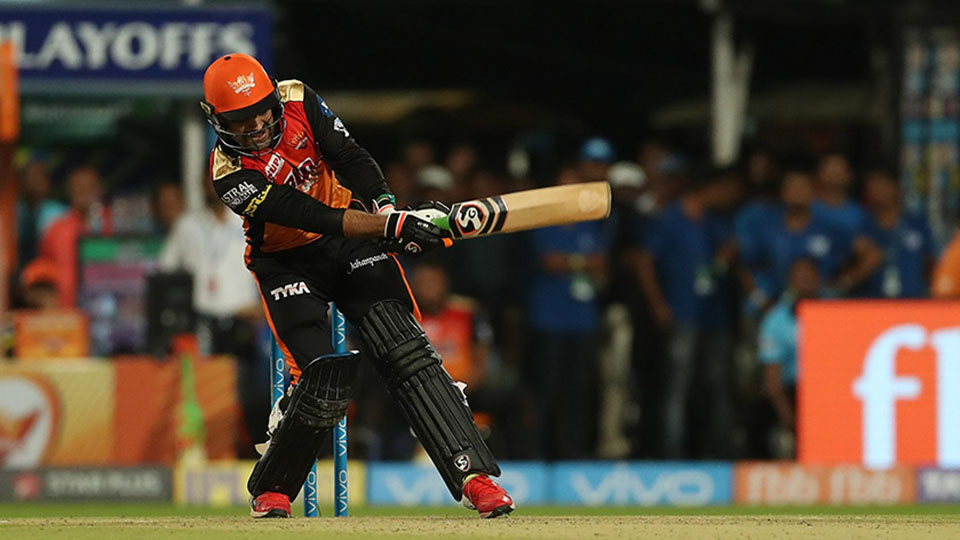 SRH will now face a formidable Chennai Super Kings (CSK) at the Wankhede Stadium in Mumbai tomorrow (May 27) in a bid to lift the coveted IPL 2018 trophy.

As usual, Rashid shone with the ball and returned with figures of 3/19. Chris Lynn, Robin Uthappa and Andre Russell were his victims. Apart from his batting and bowling, Rashid was instrumental in Nitish Rana’s run-out and also took two catches in the final over to see off Shivam Mavi and Shubman Gill.

Earlier, in their bid for a place in the final for the third time, KKR bowlers responded to Karthik’s decision to bowl first as they never allowed Sunrisers batsmen to break free initially. Kuldeep Yadav stole the limelight with a 2/29 spell that included the prized wicket of Kane Williamson (3), the leading run-getter of IPL-11, while Narine (1/24) was once again at his tidy best conceding just two runs in the 17th over. But Sunrisers snatched the momentum scoring 50 runs in the last three overs with wily Afghan spinner Rashid making the difference with his 34 not out off just 10 balls (four sixes and two fours).

Rashid stepped on the gas in Prasidh Krishna’s final over with two sixes that yielded 24 runs. Having started off on an impressive note, Krishna finished with poor figures of 56 runs from his four overs to undo all the good work done by Kuldeep and Narine.

Rashid Khan was chosen as the ‘Player of the Match.’