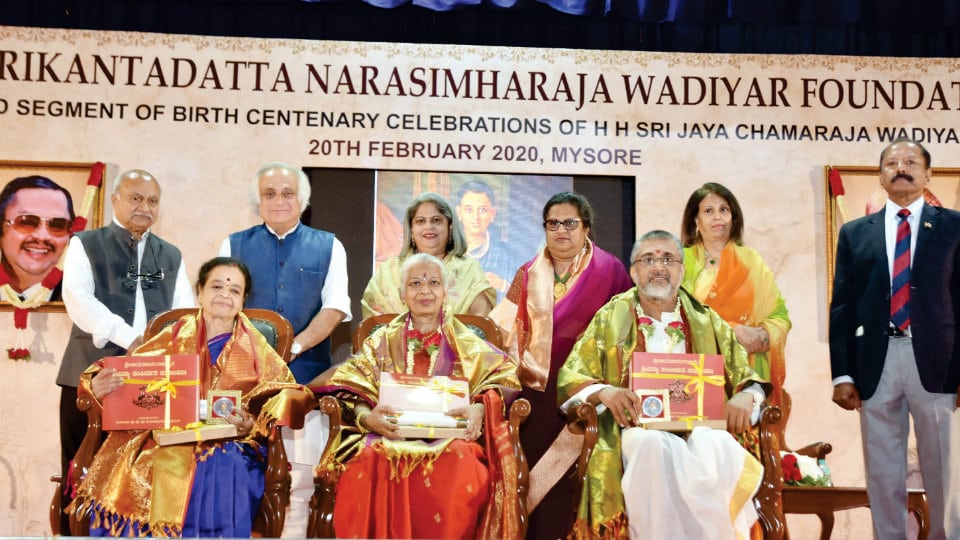 Mysore/Mysuru: “Erstwhile ruler of Mysore Dynasty, Jayachamaraja Wadiyar was a lover of wildlife and his favourite animal was the Lion and that of the then Prime Minister, Indira Gandhi, was the Tiger. Both of them had equal love for wildlife and matters of State. The Supreme Court’s decision to reintroduce Cheetah into the Indian wildlife is a great move,” said Rajya Sabha MP and former Minister for Environment, Forest and Climate Change, Jairam Ramesh.

In his lecture, Jairam Ramesh, highlighting Wadiyar’s passion for wildlife, said, “Jayachamaraja Wadiyar was appointed the first Chairman of the Mysore and Central Board for Wildlife, which was later renamed as Indian Board for Wildlife. The inaugural meeting of this Board was held at the Lalitha Mahal Palace in Mysuru and the only animal identified by the Wadiyar and the Board, to become extinct soon was the Cheetah.”

“When I took over as the Minister in May 2009, I made attempts to reintroduce Cheetah into the Indian wildlife. There were plans of getting Cheetahs from Iran, Namibia or South Africa for reintroduction in grasslands habitats either in Rajasthan or Madhya Pradesh,” the MP said and added that Cheetah, the only mammal to have been hunted to extinction in India in modern times, was last sighted at 1964 in Chhattisgarh, while some others say that it was last seen in 1967 in Hyderabad.

“When we protect animals, we also protect ecosystems. Project Tiger, for instance, has not only saved the magnificent animal, but has also helped save our forests,” he opined.

This was followed by a musical tribute “Gaanarajendra Sri Jayachamarajendra” to Jayachamaraja Wadiyar by Dr. Sukanya Prabhakar and team.