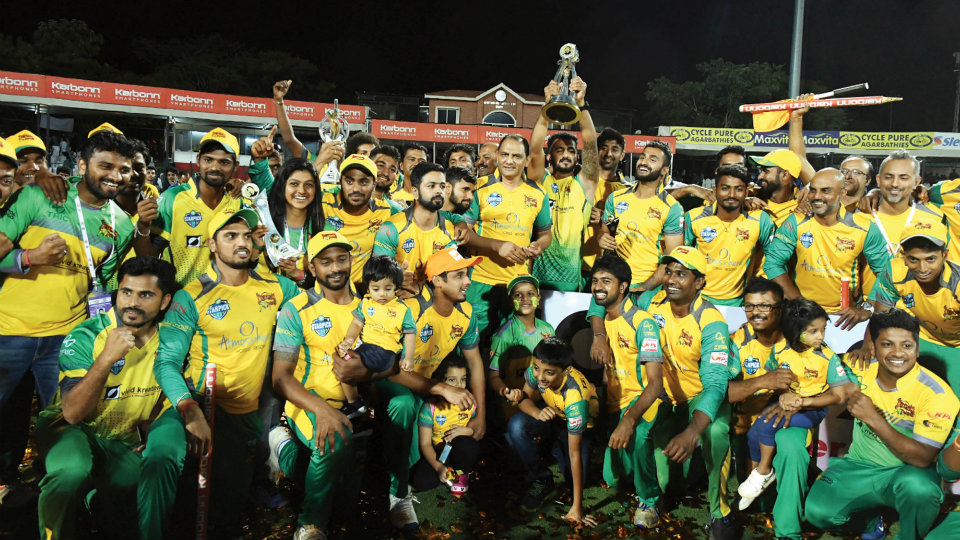 In yet another collective team effort, Bijapur Bulls crushed Bengaluru Blasters by 7 wickets to win the Karnataka Premier League (KPL) 2018 title in the finals held at the SDNR Wadiyar Stadium in city yesterday.

Earlier, Bijapur Bulls won the toss and put the Blasters into bat. It was another formidable effort by the bowlers of Bijapur Bulls as they strangled the opposition. Bharath Chipli made a superb dive to his left and made a brilliant run out in the very first over as  C.J. William was short of his crease at the non strikers end. M.G. Naveen (2 for 19) with his constant line of bowling got the prized wicket of Robin Uthappa. The introduction of the spin trio K.P. Appanna (3 for 16), K.C. Cariappa (1 for 13) and Suneel Raju (0 for 14 in 3 overs) hurt the scoring rate of the Blasters immensely. With wickets falling regularly, the Blasters never looked in command of the game. They were dismissed for a paltry total of 101 all out in 20 overs. This was the lowest total of this season.

In reply, Bijapur Bulls, Openers M.G. Naveen (43) and Bharath Chipli (19) gave an aggressive start to the run chase.  Their 47-run opening stand in 6.3 overs set up the tone for the chase. M.G. Naveen 43 (31b,5×4,2×6) carried his prime form from the previous day (Semi-final Vs Hubli Tigers) and seemed to bat with ease in the finals. He had reserved his best for the most vital games. K.N. Bharath gave the midas touch to the finale as he hit the final nail in the coffin and smashed 21 runs off 7 deliveries to seal the game in style. The Bijapur Bulls scored 106 for 3 in 20 overs with more than 6 overs to spare. The Bijapur Bulls never let the Blasters take control of the game and won its second KPL title (they also won the KPL title in 2015). They also become the first team to win the KPL title twice.

Bengaluru Blasters, who were undefeated throughout this season, succumbed in the finals to the grit and determination of the Bijapur Bulls.  M.G. Naveen was adjudged the Man of the Match.

The presentation ceremony of this grand event consisted of several dignitaries and the Royal Highness Pramoda Devi Wadiyar. 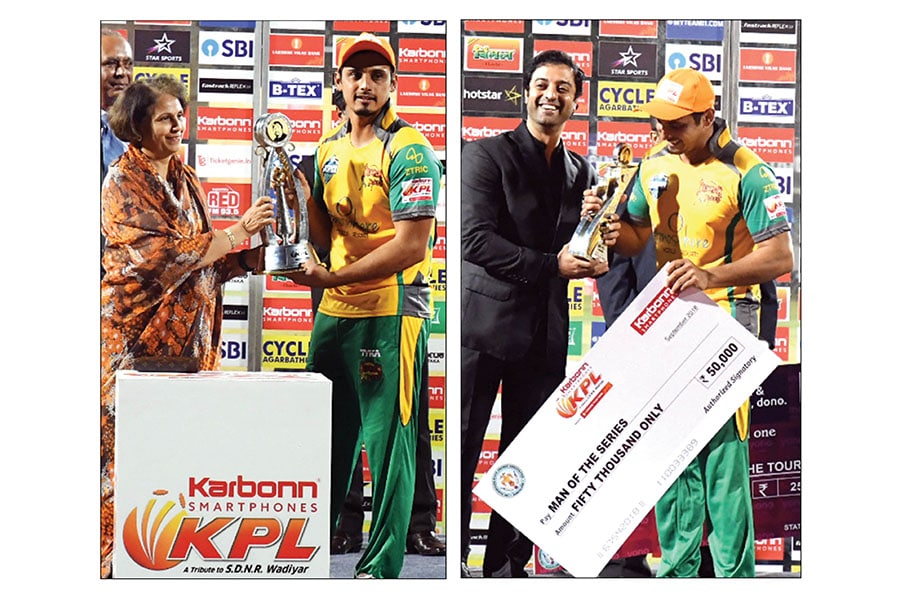 Bharath Chipli, who has scored 254 runs this tournament, was awarded the Man of the Series and also the Best Batsman of the tournament.

Mahesh Patel from Hubli Tigers was awarded the Best Bowler of the tournament. Stuart Binny was given the Catch of the Tournament award for his brilliant catch against Bellary Tuskers to dismiss T. Pradeep, where Binny ran from deep mid wicket to his left and snatched the ball which seemed to sail over the ropes with a perfect lunge. Mysuru Warriors received the Fair Play Award. A Grand Closing Ceremony was held just before the toss of the final encounter between Bengaluru Blasters and Bijapur Bulls.

Man of the Match: M.G. Naveen

Man of the Series: Bharath Chipli