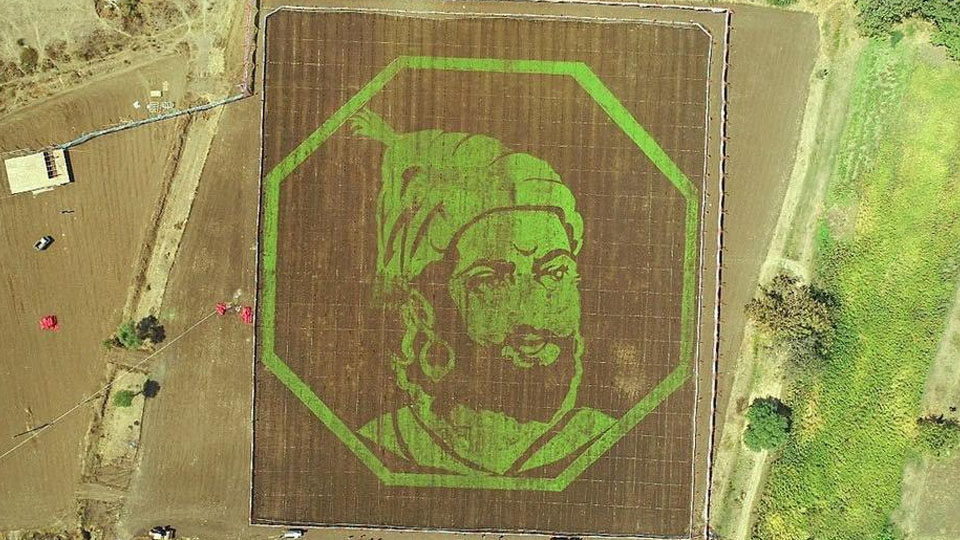 Maratha army united in personal devotion to Shivaji. Of sorcery and black magic !

The sack of Surat deeply mortified Emperor Aurangzeb. While Aurangzeb was brooding about what had happened in Surat, reports came that his son Prince Muazzam had clumsily marched against Shivaji with his forces but was repulsed by Shivaji. But during the monsoon of 1664, Shivaji simply captured a number of Mughal territories. Apparently, monsoon was not a deterrent to the ‘Mountain Rat’ and the ‘Master of Guerrilla Warfare’ Shivaji.

In the meanwhile, Shivaji also ventured to build his own sea power to counter foreign merchants in Western coasts. According to history, there was only one important engagement between Maratha and English ships that took place on 18th October, 1679 in which Marathas captured the Island of Khanderi near Bombay from the English.

Emperor Aurangzeb was all the time thinking about taming the ‘Mountain Rat’ Shivaji. On his birthday, September 30, in the year 1664, he convened a Durbar and proclaimed the list of birthday honours to his courtiers and officers. The first of these honours went to Raja Jai Singh, a Rajput Army Chief, who was made the Mughal Commander of the army of the Deccan to fight against the Marathas in succession to his pleasure-loving and incompetent son Prince Muazzam.

One historian writes: This decision must have been infinitely disagreeable to Aurangzeb, the fanatic Musalman and a bigot to admit openly the utter failure of both his uncle Shayista Khan and his epicurean son Prince Muazzam and to appoint to their office a Hindu General Raja Jai Singh!

Raja Jai Singh belonged to a great Royal house of Jaipur, but like other Hindu Maharajas and Princes, he too had joined the services of the Mughal army. He was known for his extraordinary bravery of a legendary Rajput Knight. No wonder it is said ‘Courage is the only manly virtue for a Rajput.’ As a child, he was brought up on the ballads of heroic kings of his kingdom that reminded him of militant Hinduism and those martyred in war.

Raja Jai Singh was 60 years of age when Aurangzeb entrusted him the responsibility of reclaiming all the Mughal territories Shivaji had conquered. History says that Raja Jai Singh was a shrewd and cautious commander, a wise counsellor and a skilful diplomat, who could speak fluently in four languages. His name and presence had enhanced the power and prestige of the Mughal Court. According to some historians, it was on the allegiance of the Rajput clans that Akbar had based the stability of his empire. Apparently, Emperor Aurangzeb too had followed that tradition. It is said, Raja Jai Singh, with his Rajput’s age-old traditions of an endless crusade against Islam and Musalman rulers, accepted this Commandant responsibility against a Hindu leader Shivaji with a heavy heart, perhaps only to honour his soldier’s oath of allegiance made to Emperor Aurangzeb.

Before proceeding South, Raja Jai Singh demanded from the Emperor complete power, both civil and military, in the districts under his control. The Emperor should not allocate conquered territory from Shivaji to his courtiers and relatives as was the practice, was one of the conditions. When Emperor agreed to these and other conditions of Raja Jai Singh, he moved South with an army of Rajput clansmen and a strong contingent of Afghan Infantry under Afghan Chief Dilir Khan. As his Chief Officer of Artillery, Raja Jai Singh chose his card-game partner an Italian by name Manucci.

An interesting episode is recorded by one historian about this Italian Officer Manucci. Manucci wore a gown that was typical Musalman dress but wore his moustache that was typical of Rajputs. Since his appearance was half-Hindu and half-Muslim, they asked him what religion he really followed. When Manucci said frankly, “I am a Christian,” they asked testily, “Yes, yes. But a Hindu- Christian or a Muhammadan-  Christian?”

By the beginning of 1665, General Raja Jai Singh ordered immediate advance into Maratha territory. After a month he entered Pune reaching the Head Quarters of Prince Muazzam. While considering plans of the campaign Raja Jai Singh incited Bijapur Sultan to attack Shivaji in the rear and regain its lost territory and persuaded the son of Afzal Khan (remember him?) to revenge his father’s death at the hands of Shivaji. Raja Jai Singh sent emissaries to all the coastal factories of European traders in the Western parts and even sent his Italian card-game partner friend and officer to bribe Shivaji’s coastal jungle Chiefs! The Chiefs’ leader Raja of Ramnagar sought a week’s time and Manucci waited doing what he liked best — hunting and fishing.

Manucci discovered these forests and ravines were haunts of sorcery and magic. For those who do not believe in sorcery and black magic calling them as bunk, here is a real-life incident if you believe this Italian.

Manucci says that, a jungle Chieftain saw his horse, fell in love with it, coveted the horse which was given to Manucci by Raja Jai Singh and wanted to buy it. But Manucci refused to sell. The jungle Chief immediately put a spell upon the animal so that it could not move at all, but stood still and lifeless as a statue.

Only when Manucci agreed to sell it for three thousand rupees did the horse come to life again!

Another instance of black magic that Manucci saw with his own eyes. One of Manucci’s servants was passing through a field of radishes. He stretched out his hand to pluck a radish and found that he could neither move the radish nor withdraw his stretched hand ! There he stayed in a frightened but ridiculous cramped posture bent over the radish ! Manucci saw his servant’s awkward predicament, sought out the owner of the field and bribed him to release his servant. The owner came and whispered a few words over the radish and at once Manucci’s servant found his hand was free again! Alleluia!

Be that as it may — a kind of present day Ripley’s Believe It or Not ! — the efforts of Raja Jai Singh’s agents to bribe Shivaji’s jungle Chief Officer failed, except for three who were not Marathas.

Soon Raja Jai Singh realised that the Maratha army was a compact force, united in personal devotion to one man — Shivaji.