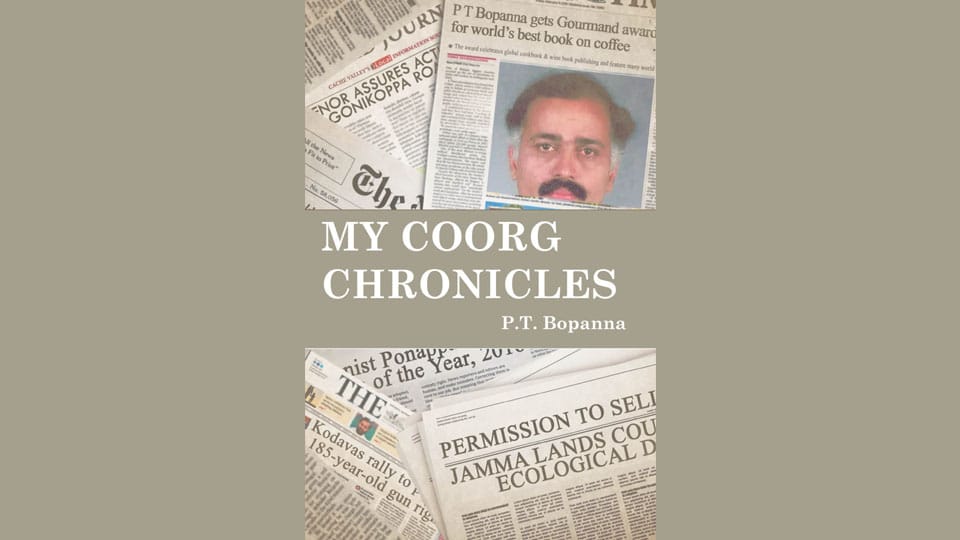 The book ‘My Coorg Chronicles’ traces the journalistic journey of P.T. Bopanna, his foray into writing books, his activism and importantly his efforts to chronicle various facets of Kodagu district in Karnataka.

His online campaign ‘Repair Hunsur-Gonikoppal Road’ was a significant victory for the people over Government indifference.

He has written extensively to convince policy-makers on the need to retain the Arms Exemption given to the residents of Kodagu to possess firearms.

One of the most popular initiatives launched by Bopanna is the ‘Coorg Person of the Year’ title to recognise outstanding achievers and create role models for the community.

The book discusses the religious beliefs of Kodavas (Coorgs) and also spells out of a political road map for Kodagu.

The book has colourful photographs, illustrations and a caricature of Bopanna by cartoonist Ponnappa.

Published by Rolling Stone Publications, the book is priced Rs. 100 per copy.