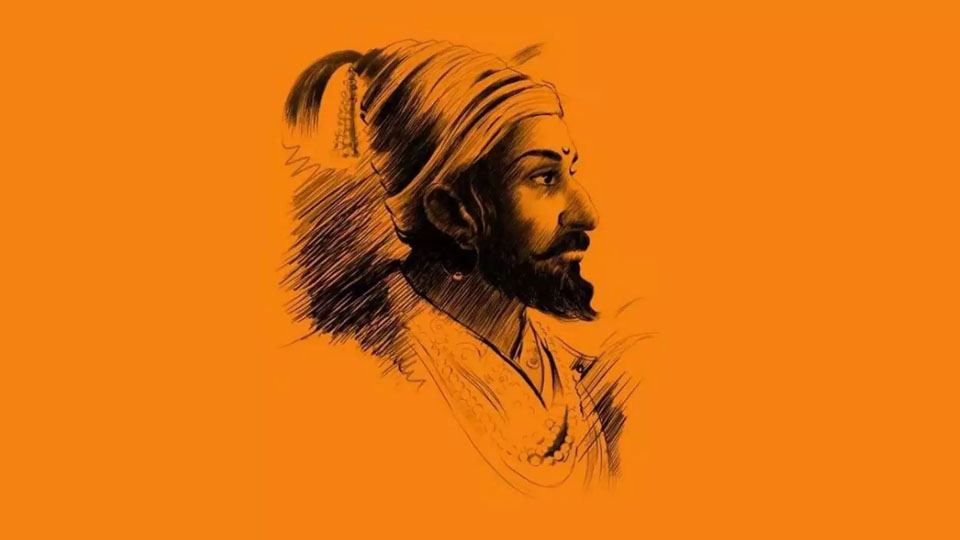 Shivaji surrenders. All set to Aurangzeb’s invite to his Court

Raja Jai Singh knew about this strategy of Shivaji and decided to attack Shivaji’s Forts one after the other. The first Fort he selected for assault was Purandar. Remember this Fort? Yes, this was the Fort Shivaji had taken by fooling the three quarrelsome brothers of the just dead Governor of the Bijapur Sultan by pretending to negotiate a settlement! It is to the South-West of Pune and it was here Shivaji had killed Afzal Khan. Remember? I was told by a reader of  this column that presently the spot where Afzal Khan was killed is converted into a sacred place under the vote-bank politics by the government of the early days of independence! I do not know.

Dilir Khan was ordered by Raja Jai Singh to open the attack with his Afghans while Shivaji was fully ready with his men in the Fort. Marathas rained down on the enemy arrows and stones and old kettles full of gunpowder giving hell to Mughal army.

To cut a long battle of resistance by Marathas short, it was only when Shivaji’s commander Murar was shot by Dilir Khan from the back of an elephant he was perched on, the Marathas were discouraged. The next day morning Raja Jai Singh went up the Fort, unarmed the Marathas and as a ‘Hindu Warrior’ offered them honourable terms which they reluctantly accepted. “As a fellow-Hindu he congratulated them on their courage…” The British historian Dennis Kincaid writes, “After further compliments he (Raja Jai Singh)  set them free and invited them to return to their homes.”

The Marathas shouted back in herald: “We hope to die as bravely as he did.”

All this time Shivaji was not sitting idle. He knew now that he could not engage the Mughal army assembled at Saswad, near Pune, in an open battle. The Mughal army was so huge that he is outnumbered four to one.  After the fall of Purandar Fort, Raja Jai Singh left Dilir Khan to complete the task of taking over the Fort and left for Rajgad where Jai Singh knew, lived Shivaji’s family. Shivaji saw his Kingdom crumbling to pieces before his eyes against the enormous resources and constant reinforcement of man-power to Mughal army.

Shivaji the diplomat and strategist decided that seeking cessation of hostilities, an armistice, would be wiser than a long-drawn-out war. He decided that it could be no shame now to admit defeat and go for diplomacy with Mughal Empire which he had engaged on equal terms frequently with startling  success — remember  Shayista Khan and loot of Surat?

Thus it was that at the beginning of June 1665 Shivaji sent a message to Raja Jai Singh pleading for an armistice. Jai Singh refused to accept anything less than unconditional surrender.

When Shivaji was offering armistice, Raja Jai Singh was demanding an unconditioned surrender. A clever and intelligent person that Shivaji was, he then made another offer to Jai Singh. Shivaji offered to visit Jai Singh in his imperial camp to discuss his personal surrender.

Surprisingly, Raja Jai Singh agreed for this offer and assured a safe conduct to Shivaji to arrive at the camp and for Shivaji’s safety. Shivaji’s envoy carried this message back to Shivaji who never doubted a promise made by a Rajput. Shivaji, who usually went riding his white horse, this time chose to be carried in a single palanquin to go to Jai Singh’s imperial camp at Purandar Fort. Interestingly, when Raja Jai Singh heard that Shivaji was approaching the camp, he sent a Brahmin to ask if Shivaji really wanted peace. When Shivaji  nodded his approval for peace sitting in his palanquin, Jai Singh sent his senior Rajput noble to welcome Shivaji.

It is recorded that Shivaji’s reputation was such that the Mughal officers found it difficult to believe that Shivaji was really coming to talk peace, more so that Shivaji was alone. In his tent Jai Singh was awaiting Shivaji taking every precaution.  That was because Shivaji had become a legendary creature with powers of magic and of super human cunning. As already mentioned earlier, in the incidents relating to Mughal Governor Shayista Khan who had occupied Shivaji’s Pune Palace Lal Mahal, was the reason for this special precaution. All their apprehensions, however, simply evaporated when Shivaji getting down from the palanquin bowed low to Jai Singh thanking him for receiving him. Simultaneously Raja Jai Singh also rose from his couch and folded Shivaji in his arms saying, “You have fought well against the Emperor, now you must fight as well for him.”

What Jai Singh meant to convey Shivaji was that Shivaji should forget about building an independent Hindu kingdom. Instead, he should join the service of Mughal Emperor. In order to convince Shivaji the only option he had in this peace talk, Raja Jai Singh explained it as follows:

“If the brave Rajput kings and people had fallen before the might of the Mughal empire what hope was there for a new little kingdom of Shivaji with half-civilised hillmen as soldiers who had never before been known as warriors? More over, if a Prince like Raja Jai Singh himself of the house of Jaipur was not ashamed to serve the Mughal empire, it was hardly a matter for an obscure Maratha Shivaji to feel disgraced and humiliated, to serve the Mughal empire.”

Jai Singh was persuasive, saying that Shivaji’s undoubted talents as a soldier would find a great place of honour in Mughal imperial service.

And finally, Raja Jai Singh made this offer to Shivaji: If you surrender you will be allowed to retain your ancestral territory and such land you have conquered from Bijapur. But you must hold them as feudatory in the name of Mughal Emperor. Shivaji wanted to know the final terms of his surrender:

Condition No. 1. Shivaji should pay an agreed amount of indemnity, war damages.

2. Shivaji should hand over all the 23 of his Forts.

3. Shivaji should admit the Mughal soldiers into all these Forts without hindrance.

Shivaji agreed to these conditions even as Dilir Khan was capturing the Purandar Fort. Shivaji also agreed to write a letter to the Mughal Emperor pleading for his pardon as per Jai Singh’s direction.

To this Aurangzeb sent a frigid reply to Shivaji. Let me quote from historian Dennis Kincaid:

“Your letter… It is agreeable to note that you crave pardon for your conduct and that you repent your past deeds. Our reply is that your behaviour has been so base that it deserves no forgiveness. Nevertheless at Raja Jai Singh’s intercession we extend to you a general pardon…”

Naturally, Shivaji was unhappy with this letter from Aurangzeb but carried out the terms  of his treaty with Raja Jai Singh, including acceptance of office in the Mughal army under Raja Jai Singh.

24 COMMENTS ON THIS POST To “Remembering Chhatrapati Shivaji Maharaj — 8”